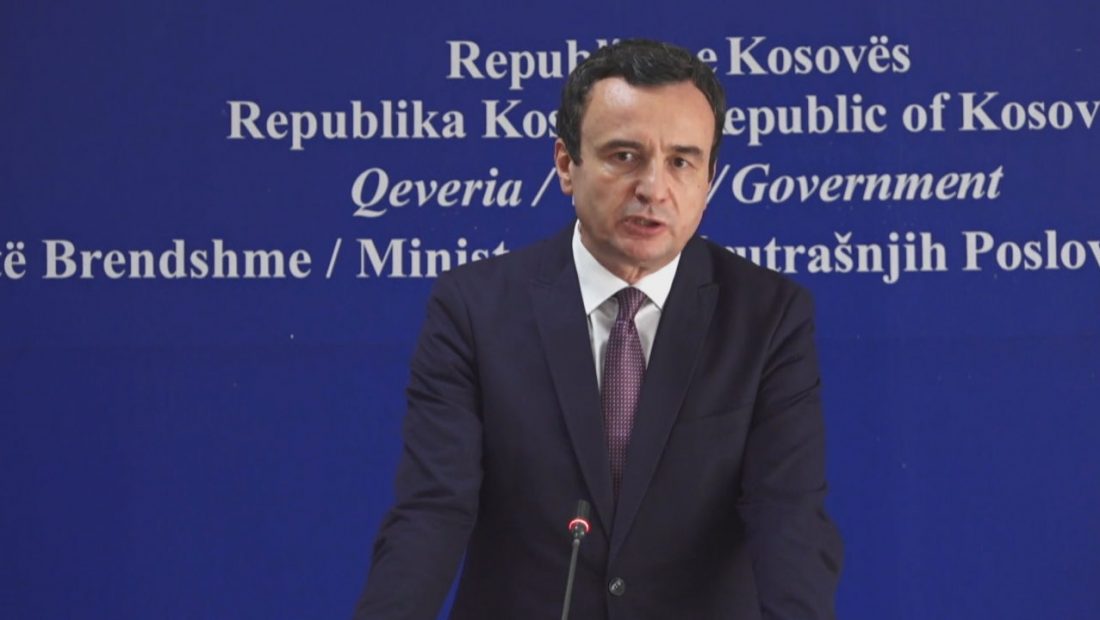 In a news statement, the Kosovo government gives information from the discussion in Brussels between Prime Minister Albin Kurti and Serbian President Vucic.

According to the statement, the conference covered the General Framework of the final Agreement between the two nations, and Kurti suggested that it focus on the recognition of Kosovo and the normalization of relations.

“The Republic of Kosovo and Serbia convened their third high-level meeting today in Brussels. The agenda for the meeting included two subjects. The first was a discussion of the Agreement’s General Framework. Prime Minister Kurti stressed the importance of this agreement being legally binding in order to complete the normalization of relations with mutual recognition at the core. He gave numerous chapters including relevant components that this framework should include. The second topic was current political and security challenges, and Prime Minister Kurti emphasized the significance of legality and constitutionalism in our nation as guarantees of peace, security, and equality for all citizens without difference “,

“Today’s meeting was out of the ordinary,” Borrell: Kurti-Vucic walked away without a deal, but we will not give up

“Today’s meeting was not normal and regular.” This is how the European Union’s High Representative for Foreign Policy, Josep Borrell, described the high-level meeting in Brussels between Kosovo Prime Minister Albin Kurti and Serbian President Aleksandar Vucic, confirming the difficult confrontation.

The EU official acknowledged that the major topic of discussion was the tensions in Kosovo’s north over reciprocity for license plates and IDs, an issue on which the parties could not reach an agreement.

“Today there is no agreement, but we will not give up since there is still time till September 1.”

However, something positive came out of this protracted conference, which was held in two rounds.

“The leaders had the opportunity to discuss in depth the full accord for relations normalization. They have realized that there is no other option but dialogue. They have significant disagreements, but they have decided to continue negotiations on a regular basis in order to accelerate the normalization process “Borrell noted.

Two rounds of high-level meetings between Kurti and Vucic were held in the European capital for the first time, in addition to bilateral sessions with union officials.

The mediators were Borrell and Miroslav Lajcak, the EU’s special representative for the dialogue. At the table, what drew attention was not just the abundance of food and drink, but also a mistake made by the union’s media service, which misidentified Kurti as the head of the opposition rather than as the prime minister.

Vucic was the first person to exit the EU building after the second meeting, without saying anything. The similar situation was repeated by Kosovo’s Prime Minister, who did not issue a statement to the media about the talks.