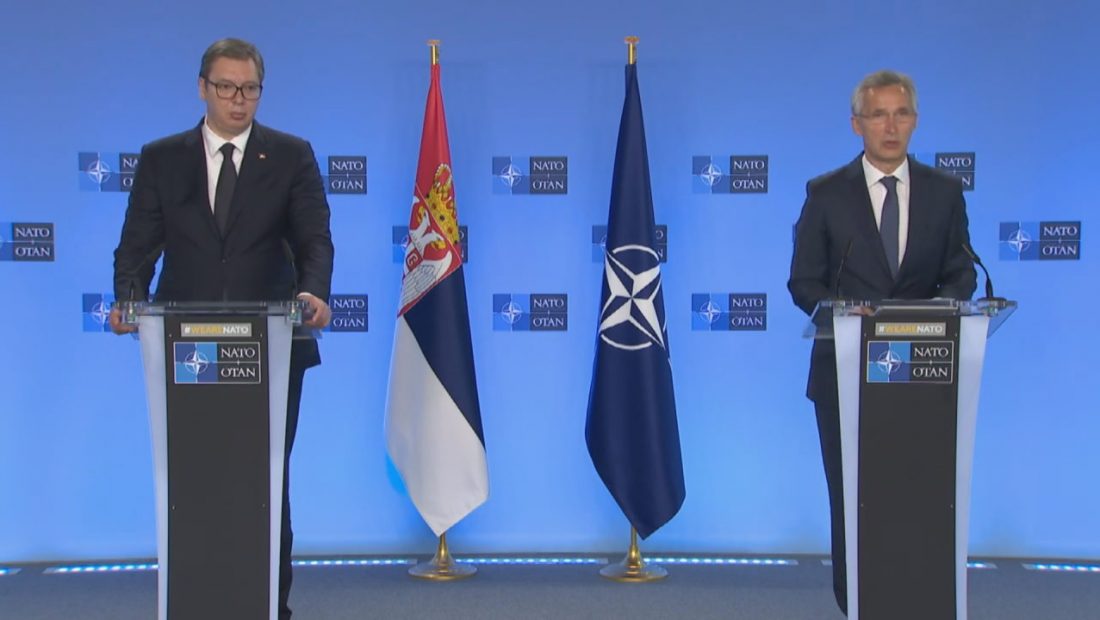 NATO Secretary General Jens Stoltenberg urged Kosovo and Serbia to refrain from acts that escalate tensions and instead engage in dialogue.

“Our KFOR peacekeeping mission remains committed to its mission. KFOR will take action if stability is jeopardized “, emphasized the powerful military organization’s leader.

Vucic, on the other hand, agreed to opposing positions with Stoltenberg on recent developments in the region.

“We respect KFOR and NATO’s roles in Kosovo. Peace and stability are critical for Serbia, and we will have difficult talks tomorrow “Vucic emphasized.

They also discussed the Ukraine conflict, with NATO requesting that Serbia join international sanctions against Russia, but receiving no response from Vucic.

The president did, however, confirm that no foreign military bases, including those of Russia, will be built in Serbia.