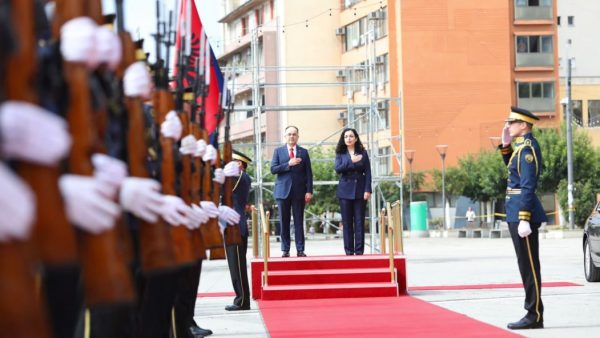 On July 24, the newly appointed Albanian President, Bajram Begaj, undertook his first official travel since taking office. President Begaj was greeted with an official ceremony by Kosovo’s counterpart, Vjosa Osmani, with whom he will share a “one-on-one” meeting, followed by a joint media announcement.

Meetings with the head of the Kosovo Parliament, Glauk Konjufca, and Prime Minister Albin Kurti are also planned for the first day of the visit.

Begaj’s itinerary includes visits to the graves of President Rugova and the Jashari family. The Albanian Head of State will meet with the leaders of the political parties PDK, LDK, and AAK on the second day of his visit, as well as servicemen from the Albanian Armed Forces who serve in KFOR.