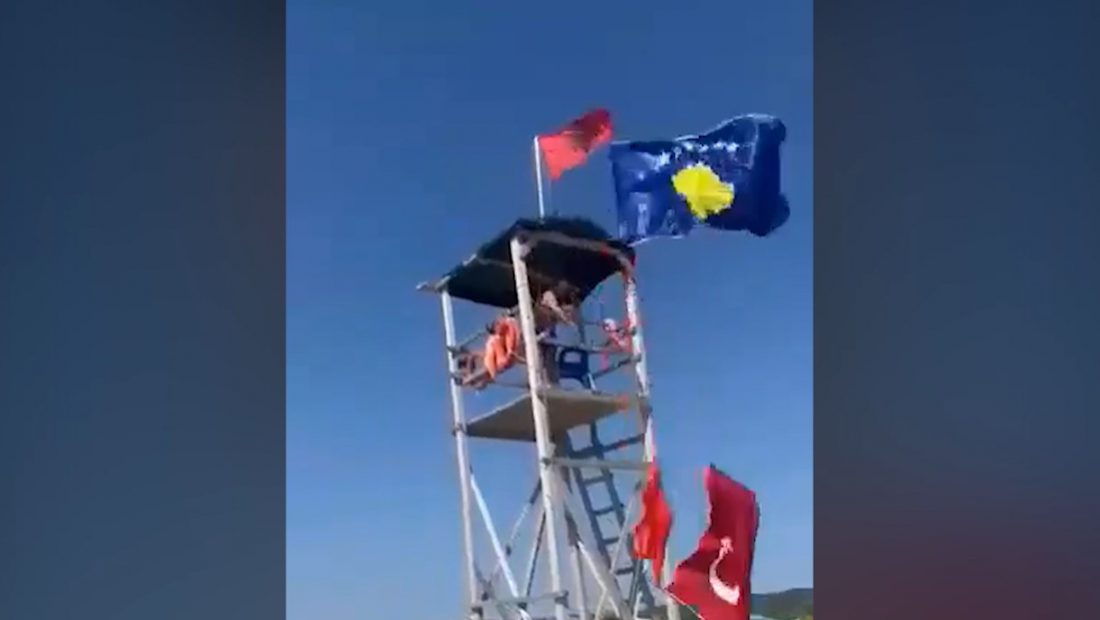 Durres police detained a 48-year-old man in the Lalzi Bay area after he forcibly removed and tossed a Turkish state flag from a maritime patrol.

This person recorded the action on his phone and later shared it on social media.

Police declared that they were looking for a person named Sh.S, who was on the run.  Following police searches, it was possible to locate, apprehend, and arrest the citizen Sh. S. for the criminal offenses of “inciting hatred or conflict” and “disturbance of public order and quiet.”