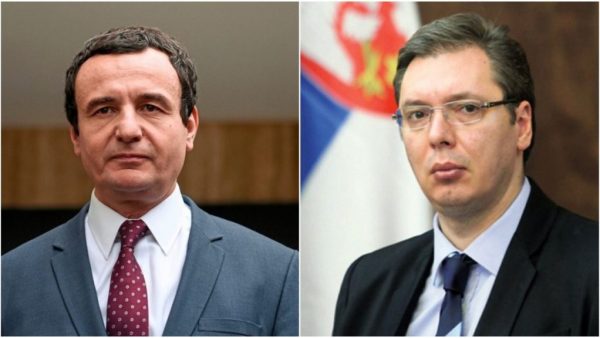 Albin Kurti and Aleksandr Vucic will meet despite the recent tensions over the subject of reciprocity for Serbian identification documents and license plates.

The meeting between President Vucic and Prime Minister Kurti of Kosovo will take place on August 18, according to sources in Brussels.

Even though the Serbian president claimed a day ago that he had nothing to discuss with Kurti, pressure from abroad appears to have forced him back to the bargaining table.

Albin Kurti previously stated, in reference to the 2011 Brussels accord on freedom of movement between Kosovo and Serbia, that reciprocity measures should have begun 11 years prior.

“We have decided to postpone the implementation for September 1st in accordance with the American and European international elements because of the extensive disinformation campaign Belgrade has run against the Serbian inhabitants of Kosovo. Therefore, the horrible misinformation campaign, not our lack of campaigning—we don’t think we didn’t push hard enough or effectively enough—but the disinformation campaign, which was far more nasty, is to blame. The Storm operation, which will take place on Sunday, as well as the suffering the Serbs in Kosovo will endure have all been discussed “Prime Minister Kurti remarked.

He charged that organizations under the direction of Belgrade had instigated riots and erected blockades.