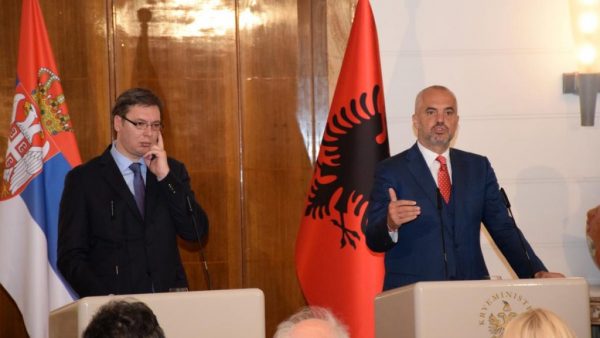 “Spain takes a different stance on Kosovo for reasons related to Spain and have nothing to do with prejudice towards the Albanian people in Kosovo or their rights. However, we have considered this, especially in light of yesterday night’s unjustifiable escalation, because the government of Kosovo has the duty to implement the agreements by exercising territorial sovereignty derived from state administration independence. Agreements reached with the opposite side are to be carried out, not discussed. I urge Serbia’s President not to provide any kind of justification to certain parties in Kosovo’s north that, for various reasons, reject the implementation of an agreement, which must be implemented, and is valid in order to provide more legitimacy to the Kosovo  – Serbia diaglogue”, Rama stated.

Rama commented on his meetings with Spain’s Prime Minister: “We have high hopes for the Spanish Prime presidency, which will lead the European Union in 2023, at the start of a highly anticipated season for us. We discussed the region, regional initiatives, and how these initiatives may be integrated into the future European community process. We discussed new synergies that will bring us significantly closer to the network of European institutions “.