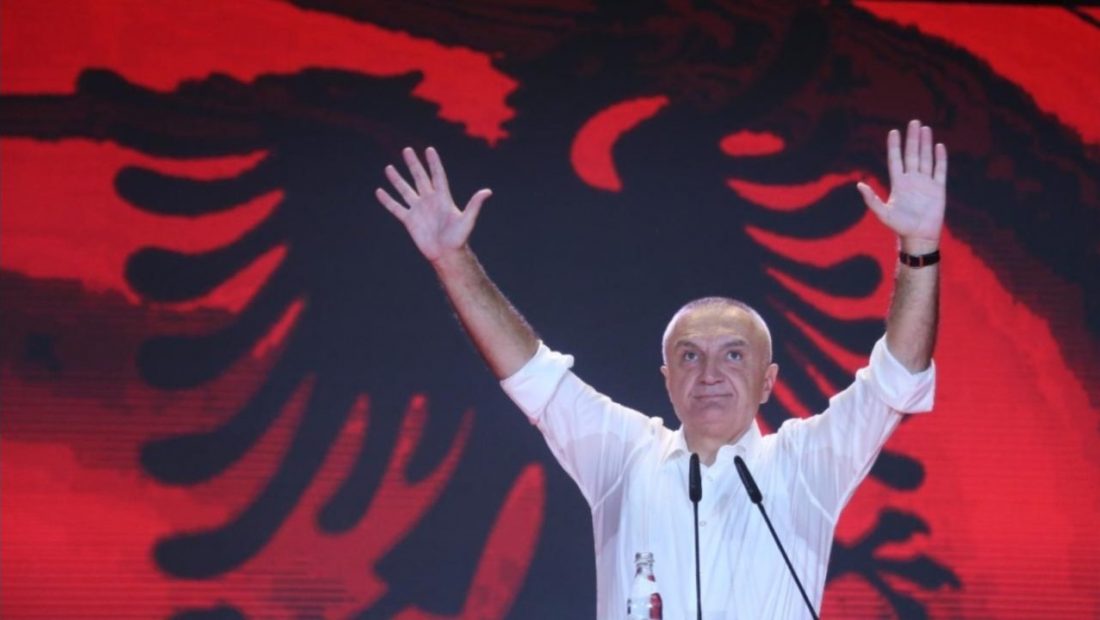 Former President Ilir Meta re-founded the Socialist Movement for Integration a day ago, renaming it the Freedom Party, and the new party’s emblem was unveiled on Tuesday.

Meta made it clear the day before at the convention how this battle will be waged against what he termed in many cases as Edi Rama’s kleptocratic regime. “You must fight till the end, and it is worth dying for. Today, in solidarity with the honest Albanians and the people of March 2, we declare the kleptocracy, the Purple Renaissance, and that portion of the Blue Renaissance of May 17 non grata “, Meta stated, alluding to Democratic Party members who backed Lulzim Bashe rather than Sali Berisha.

Following the resignation of SMI leader Monika Kryemadhi, the convention delegates resolved that the party will be temporarily managed by the Organizing Committee led by Ilir Meta and vice president Agim Nesho. This Committee will be in charge of executive decisions until the next convention, which will be held in two months.

After the procedures were completed, Ilir Meta demonstrated the purpose of his political movement, which he termed the Freedom Party.

The absence of statements was noted from former leader Monika Kryemadhi at the national convention, who did not seem disappointed after leaving the leadership of the party, while she also made a comparison between the duo Basha-Kryemadhi and Meta-Berisha. Kryemadhi stated that she will continue to contribute, particularly in the development of young people in politics.

Ilir Meta hinted that the United States and the United Kingdom declaring Sali Berisha non-grata will not prohibit him from cooperating with him in the opposition action.

“I respect any political force’s will and rely on values. What exactly is the issue with such a move being made? That is their concern and is all I have to say about it. In the case that an Albanian citizen, Sali Berisha, Ilir Meta, violates the laws of the United States, we have an extradition agreement with the United States, which I had the pleasure of signing “, stated Meta at a press conference from the Party of Freedom’s headquarters.

“One thing is certain: Sali Berisha has not broken any laws in the United States. As you are aware, “Bilal’s wife” breached American law “, Meta added, referring to Prime Minister Rama’s illegal involvement at a political rally in the United States during the previous president’s presidential campaign.

“The Freedom Party is a patriotic party that does not lean left or right. We are a party of extreme democracy. The referendum ensures that Albania is returned to the basis of the 1998 Constitution. We are not a nationalist organization. We have no claim to any square meter anywhere in the world. We shall protect these 28000 square meters with our blood. This flame will defend Albania from the gang’s overthrow “.

After the name of the Socialist Movement for Integration was changed, Ilir Meta proclaimed his support for the Freedom Party. Meta stated that he had already removed the president’s robe and feels more free to discuss all of the country’s issues.

“We paved the way for a new political movement like the Freedom Party last night with a historic decision. This massive battle is required to finally restore democracy and constitutionality in the country, as well as to secure freedom for all Albanians.

We’ve abandoned the suit that had always raised the question of whether the president was permitted to speak about it. We are now without a suit until the triumph of the people of Liberty.

Today’s biggest foe of liberty is corruption. This corruption has worsened the status of every Albanian citizen and is the foundation of this family “Meta said.

Furthermore, Ilir Meta stated that his party will never boycott elections. “This party will not boycott anything in this country, especially in this country, as long as I am its leader. Elections or protests will be held against the government. In a democracy, everyone who flees the polls is a deserter, a manipulator “Meta said.