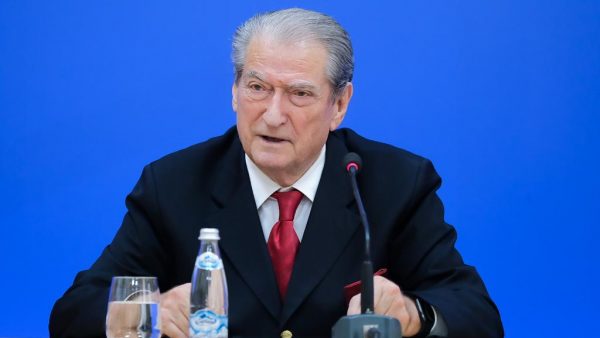 “Sali Berisha’s non-voting of the motion to reject Dick Marty’s report in the absolute absence of evidence, is another reason for disdain for the politics without religion and faith of the fake-patriots against Kosovo,” Prime Minister Edi Rama remarked on Twitter.

“Yesterday’s non-voting in the Assembly by those dubbed as NonGrata (now not only from the United States) on the motion to reject the Dick Marty report in the absence of evidence is yet another reason for disgust for politics devoid of patriotism and faith in Kosovo! Thank you to everyone else! Concerning the other turbo-patriotic documents that have turned Kosovo’s foreign policy into a joint internal policy of Kosovo and Albania, the Socialist Party of Albania has neither produced nor is currently producing them, nor has it valued them other than as pointlessly harmful “, Rama writes on the social network.

From the floor of the Parliament, Prime Minister Edi Rama accused the Democratic Party of using the victims of Kosovo every time they had an internal issue.”

Two Democratic draft resolutions calling for the condemning of the Serbian atrocities in Kosovo remain stuck in the Assembly’s drawers. The socialists presented another document, in which they condemn as false the charges of organ trafficking in Albania and Kosovo during the war, which entered the agenda of the Council of Europe’s Parliamentary Assembly.

Sali Berisha announced from the floor of the Assembly that “there is a Kremlin-Belgrade-Tirana trinomial in the process of Hashim Thaçi’s arrest.”

“When the men of Kosovo gave their lives and poured their blood, when Adem Jashari transformed Prekazi into a true Kruja, the devout speaker who became an unrepentant patient sold stolen icons and spied on immigrants in Paris. He sold stolen symbols, according to Fatos Nano’s allegation “, claimed the DP’s leader.

He went on to say that “yesterday was a dreadful and ugly day for the Albanian parliament,” since “it was not the Parliament of Albania, but of a vassal republic of Serbia.”

“Edi Rama delivered a resolution to the Assembly yesterday, in which he rightfully condemned Dick Marty’s report. However, as has been made clear dozens of times since 2011, Dick Marty’s report was authored in large part by Serbia’s war crimes prosecutor, Vladimir Vukcevic. This is confirmed by him. Another very important fact is that Milosevic, Stanishic, and Perishic did not mention organ transplants in The Hague, which proved to me, aside from the context that it never happened, that it was a fabrication by Serbian services, in that by accusing the most extreme crime against humanity, removing and selling organs, others were accused, and the issue of investigating the problem was raised “Berisha stated.

Sali Berisha, the democratic leader, responded to Prime Minister Edi Rama’s accusations that Berisha did not vote for the resolution on Dick Marty’s report.

“I wasn’t there for work reasons, but I voted “YES” in Parliament. I stated that we will vote on this resolution. This is the most important one for the position I hold. We decided to put the resolution to a vote. Other obligations kept me from being in Parliament when it was voted on. But I voted in favor. I spoke out against Dick Marty’s report in the United Nations hall. I have spoken out against it in both the European Parliament and the Council of Europe. For the first time, this has not occurred, and Milosevic has not stated this. This would be their key argument in the trial “Berisha stated.