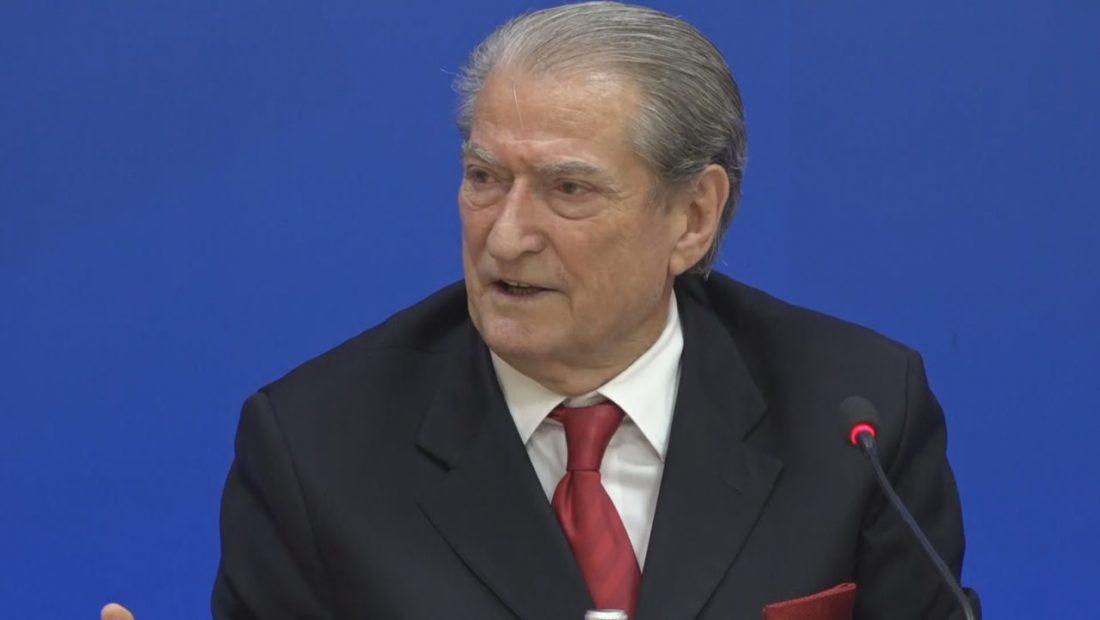 In a statement to the media, the Democratic Party’s leader emphasized that he was notified that the decision was made due to “clear connections with organized crime groups and criminals, who have presented a risk to public safety in Albania and the UK, and that you are willing to use these connections to advance your political ambitions, as well as for corruption.”

Berisha, who is opposed to the decision, claims that it “follows the slander for the interests of the same organization, which also sponsored US Secretary Blinken’s decision, based on slander and the unscrupulous lobbying of Edi Rama and multibillionaire George Soros.”

The head of the Democratic Party has stated that he is not aware that he has ever been the target of a lawsuit for criminal action, either in the United Kingdom, which he is a citizen of, or in any other nation. This statement was made in response to the second complaint made by the United Kingdom, which was that of corruption and enrichment on the part of Berisha. The accusation mentions the former election advisor Damir Fazllic.

“Second, consider the case of businessman Damir Fazlliç. I have never known, and still do not know, that he has ever been the subject of a criminal prosecution, either in the United Kingdom, where he is a citizen, or in any other country. He was and continues to be an investor, bringing funds to Albania through banks and in complete conformity with Albanian and international legislation, as confirmed by official bodies in the sector. Ina Rama’s prosecutor’s office, I believe for political reasons, set up and performed investigations against him, but they were unable to substantiate any infringement.  And I remind you what they were investigating him for. Not for tenders, direct procurements or public money, but the purchase of a private land, with also private cash”.

As he brings up the probe into the businessman from 14 years ago, Berisha emphasizes that Fazllic has never benefitted in any way from him or his government at that time.

Prime Minister Edi Rama reacted to the news that the Democratic Party’s leader, Sali Berisha, had been deemed “non grata” by the United Kingdom.

The government’s leader published the cover of a book containing Enver Hoxha’s memoirs, titled “Anglo-American menace to Albania.” He captioned the photograph, “NO COMMENT.”

The United Kingdom announced the commencement of a sweeping anti-corruption and organized crime campaign, sanctioning 27 people, including several Albanians, for issues relating to their right of residence in the nation as well as commercial relationships.

Ambassador Alastair King Smith announced British sanctions in December during an interview with Merita Haklaj on A2 CNN.

When A2 CNN asked the British Embassy in Tirana if sanctioned names would be published and if they were from both sides of politics, business, media, or other areas, the embassy responded, “Great Britain’s legislation does not allow more details to be given.  Britain has no plans to take action against any institution, group, or political party. They are different individuals. And this is the first “wave” for such individuals in Albania and the Balkans as a whole.

Sir Stuart Peach, the Special Envoy for the Western Balkans in London, stressed in an editorial that the sanctioned Albanian persons had linkages to crime and corruption that have been widely publicised and verified. “This is the first in a series of efforts to promote accountability and put an end to impunity.  The United Kingdom has a number of effective measures for detaining individuals involved in crime and corruption, including immigration and economic ties. The specifics of these actions cannot always be made public,” Peach explained.

“Whoever supports criminality and corruption will face penalties,
While the British authorities support the work of the new judicial agencies, they believe that many people involved in politics, business, and illicit activities continue to benefit from impunity.

“As the OSCE report on international observation of last year’s elections demonstrates, vote buying and misappropriation of public funds remain big issues in Albanian politics.  Albanian democracy will remain fragile and incomplete as long as politicians can collude with criminals to purchase, blackmail, and threaten voters. Other adjustments, in addition to election reforms, are now required,” says the envoy for the Western Balkans.

Peach has not disclosed how many persons are affected by the sanctions or who they are. However, it emphasized the message London is attempting to send. “The UK’s message to all those involved in crime or corruption is this: encouraging crime and corruption, whether in the Western Balkans or elsewhere, will not go unpunished, and you will not be welcomed in the UK.”