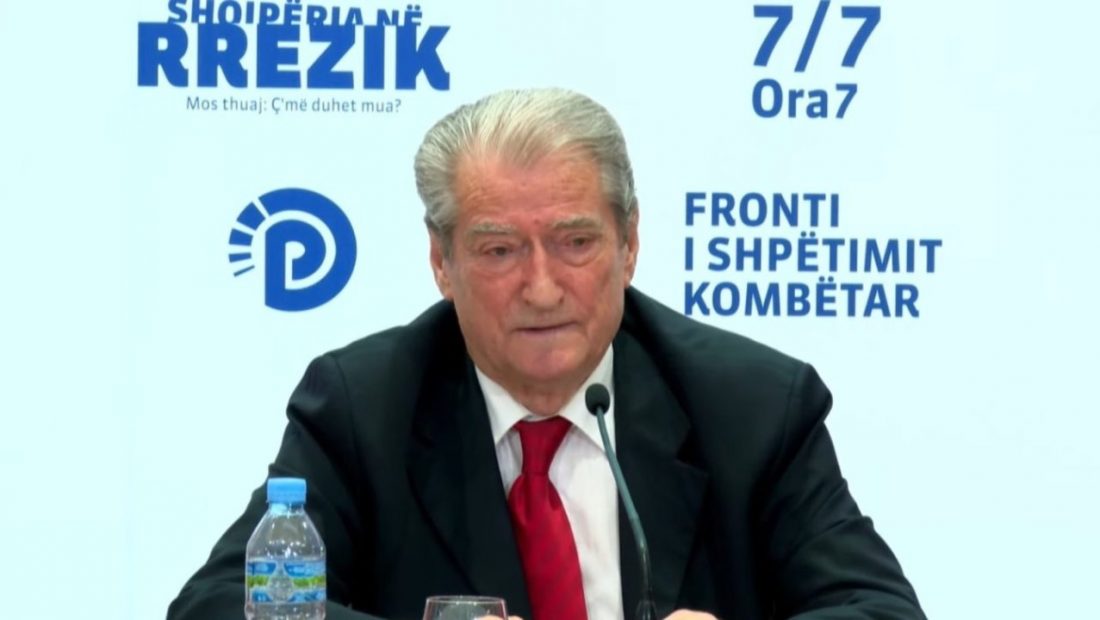 According to Sali Berisha, the Democratic Party’s leader, “Albania’s progress on the path of negotiations with the EU is mission impossible,” because Edi Rama, “the man who represents Albania today in Brussels, with its terrible ties to crime and corruption, autocratic attitude towards the media and control of the judiciary, is the main reason for the refusal to open negotiations 5 times in these years.”

“The start of Albania’s negotiations with the EU is a huge accomplishment for Albanians! Dear friends, today in Brussels was the official start of negotiations between Albania and the European Union. After the signing of the Stabilization and Association Agreement with the EU in 2006; after the EU accepted Albania’s proposal for membership in 2009; after lifting the visa regime for Albania in 2010 and after granting the candidate status by the European Commission in 2012, which Edi Rama and Fier’s advisors vetoed, this is a significant achievement. On this occasion, the Democratic Party, while fully supporting the European Council’s decision, emphasizes that Edi Rama, the man who now represents Albania in Brussels, is the main cause, with his terrible ties to crime and corruption, autocratic attitude toward the media, and control of the judiciary:

1- of 5 times rejecting to open negotiations throughout these years

2- Failure to meet the conditions, as stated in the recent European Parliament resolution and today’s declaration by CDU lawmakers in the German Bundestag

DP notes that today’s negotiations began in Brussels after Edi Rama decided in Albania, against the will of the Albanian people, to complete monization, granting the his party the same powers as in January 1990.

In this scenario, DP feels that Albania’s progress toward EU negotiations is a near-impossible task “, according to Sali Berisha’s post.

The DP’s leader “assures Albanians that the Front for the Salvation of Albania will soon free the country from Rama’s government, and that with deep and thorough reforms, the route of Albania’s integration into the EU will recognize the normalcy and speed it deserves.”