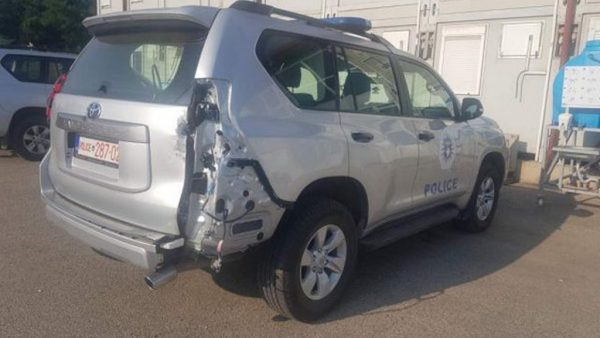 Another incident was reported to Kosovo police in the country’s north.

The incident occurred when police officials requested that a truck halt in the Leposaviq town of Jashanica because it was suspected of trafficking illicit items.

Within a short distance in the direction of the truck, a number of vehicles that belonged to the citizens of the area made an attempt to obstruct the police in the performance of their responsibilities.

The truck driver then upped his speed and drove past the police roadblock, injuring five officers.

“Seeing the severe risk to the lives of police officers and other traffic participants, officers took the required and proportionate actions to stop the threat by deploying the official weapon.  After a series of legal maneuvers, police officers were able to stop the truck near the village of Llazhin, and in this case, they detained the driver, suspect A.D.