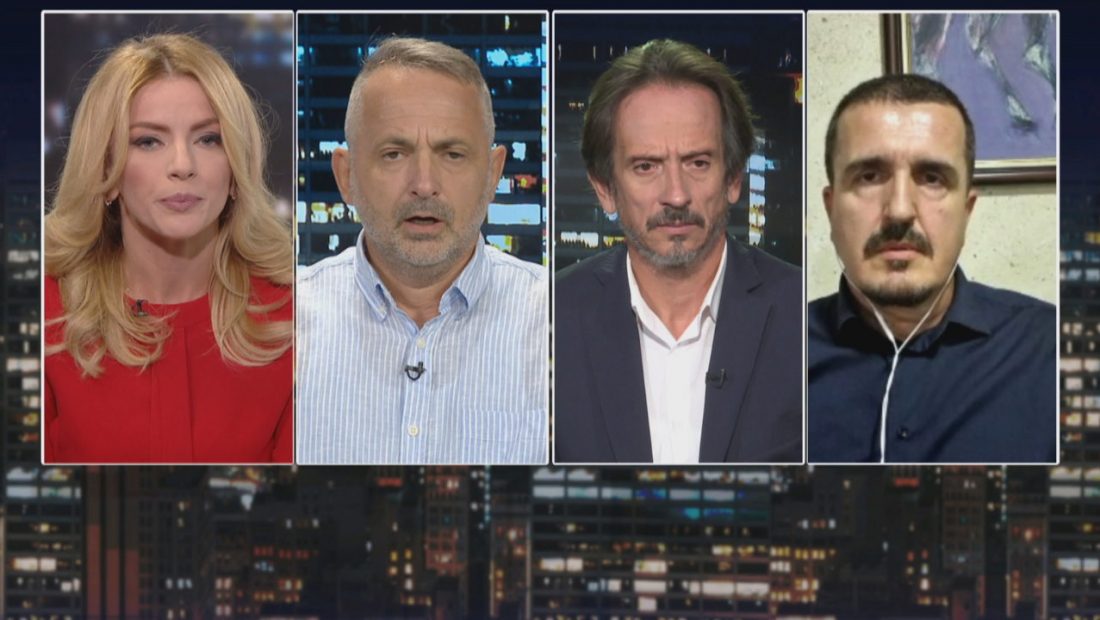 The vote in the North Macedonian Parliament on the “French plan” will be held on Friday, July 15th, delaying for a few more hours the start of EU membership negotiations for Skopje and, indirectly, Tirana.

But who is protesting in front of Macedonia’s parliament and other institutions?

According to researcher Xhelal Neziri, in addition to VRMRO DPMNE, there are other Moscow-based groups and individuals, such as Levica Dimitar Apasiev and United Macedonia. But there is some good news, according to him. “The document will be submitted for approval by the deputies tomorrow or Saturday, with a simple majority where it is enough for 61 deputies to be in Parliament and vote for 41 of them, and the majority has these numbers,” he adds on A2 CNN’s “Debate” show.

However, permission does not mean that the deadlock has been resolved. The opposition’s rejection of this plan would have ramifications not just for the start of discussions, but also for succeeding chapters.

“Without opposition, it will be impossible to meet the first criterion of the French proposal for constitutional amendment, which includes ethnic Bulgarians. The negotiation process begins with Parliament’s approval, but the first chapter begins only with the change of the Constitution. The government does not have the numbers on this. Even with the addition of the Albanians from “Besa.” The government requires at least 5 opposition MPs. As a result, Macedonia will face numerous unknowns “.

But how helpful is the Albanian factor? “Without a doubt, not only PDSH and DUI, but also Ziadin Sela’s Alliance for Albanians and Bilal Kasami’s Besa, have been supportive from the start. They also backed the rejection of the proposal’s original version, which did not specify the position of the Macedonian language, the basic pillar of any ethnic identity, and where Albanians have demonstrated solidarity with Macedonians “, analyst Neziri says.

The coming days are critical for Albania, according to Ilir Aliaj, a specialist on integration issues. “The groundwork has been laid for the discussions, and everyone will be evaluated based on their own performance. The entire Bulgarian rationale for the veto has been eased by the circumstances; the situation in Europe has prompted Bulgaria to modify the law that has prevented Macedonia from joining the EU. The French model is ideal since it allows the parties’ openers time to discuss “, he claims.

“The first problem of Macedonia now is that I will make many flirtations with the opposition, which are possible because the process is so long that the moment the rotation happens, today’s opposition will have to agree again with today’s government, which will be in opposition,” notes journalist Ben Andoni.

“I think North Macedonia has worked in terms of rapprochement with the EU, and we will start from the beginning,” he says, adding that “it is crucial for Albania that the green light is granted.”