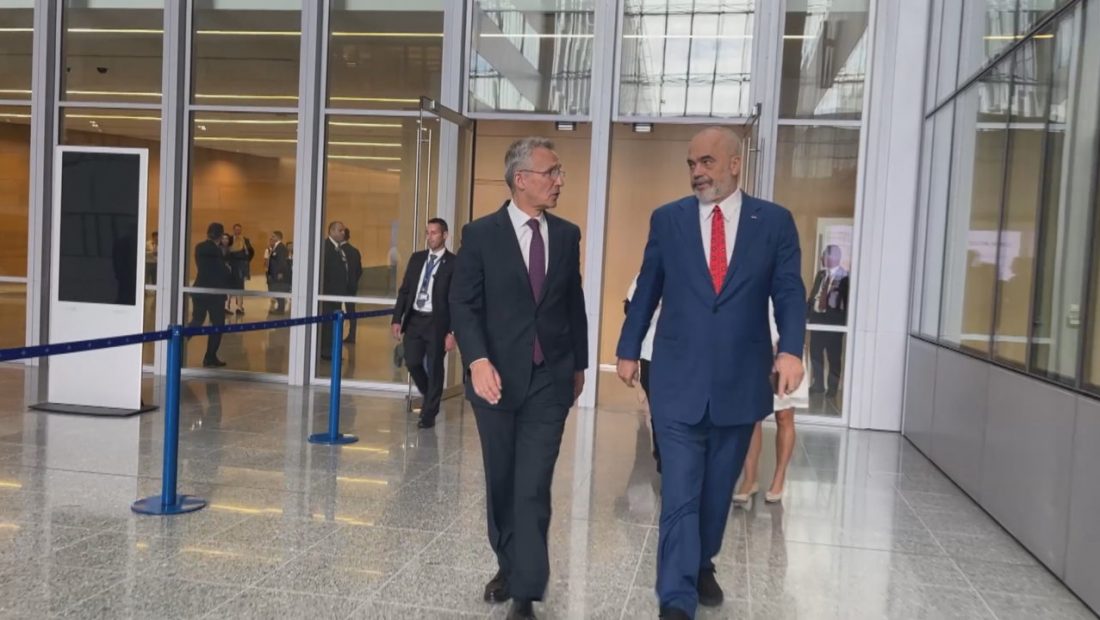 During an official meeting in Brussels with Alliance Secretary General Jens Stoltenberg, Prime Minister Rama shared his proposal for establishing a NATO military post in the newly developed port of Durres.

Rama stated, “I much appreciate your availability to give some time to us in our meeting to present to you our goal to add another important value to the infrastructure and logistics of our alliance, making accessible to NATO a high-end naval base that will be a place that we can not only develop, but we can build considering the issues of our day, from climate change, from environmental protection and everything else.”

Rama, following his meeting with Stoltenberg, stated that NATO should continue its dialogue with Serbia.

Stoltenberg refrained from commenting on the Prime Minister’s plan, but praised Albania’s contribution to the alliance. “Albania contributes to multinational NATO forces in Latvia and Bulgaria, and you also aid in the prevention of aggression against NATO allies. Similarly, your contribution to the KFOR peacekeeping mission in Kosovo and the Western Balkans is essential for NATO. So, Prime Minister Rama, dear Edi, once again, thank you for Albania’s commitment to our collective security. I look forward to continuing to work with you, so please accept my best wishes!”

In the context of the Alliance’s new Balkan strategy, which was discussed at the Madrid Summit, the Prime Minister emphasized the importance of including Serbia in the dialogue with NATO despite the fact that it is not a member, while also requesting that Kosovo be included in the partnership for peace. “We feel it is critical to maintain a continuous conversation with all Western Balkan countries, including Serbia, which is not a member of our alliance but is still a part of our region. On the other side, I had the opportunity to reiterate what I had said at the Summit. The need to consider including Kosovo in the Partnership for Peace, despite the fact that we know there are some political constraints from some friends and that this is a consensual organization. However, given the circumstances we live in, I believe it is prudent that this new one be examined.”