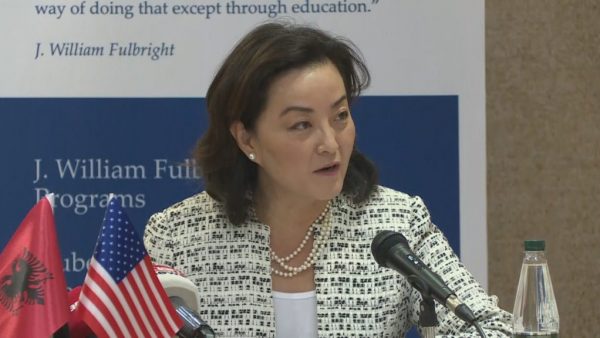 The US ambassador to Albania, Yuri Kim, said on Twitter that she met with the OSCE head diplomat, Del Monaco, and discussed the two countries’ mutual commitment to support the elections, free and fair, justice reform, and the battle against human trafficking.

“I met with OSCE Ambassador Del Monaco to discuss our mutual commitment to free and fair elections, justice reform, and combating human trafficking. We urge Albania to allow the diaspora to vote as soon as feasible, as the Constitution requires. The United States is glad to assist Albania in its efforts to strengthen judicial institutions and processes, including the creation of a new master’s program in criminology “Yuri Kim writes on the social network.