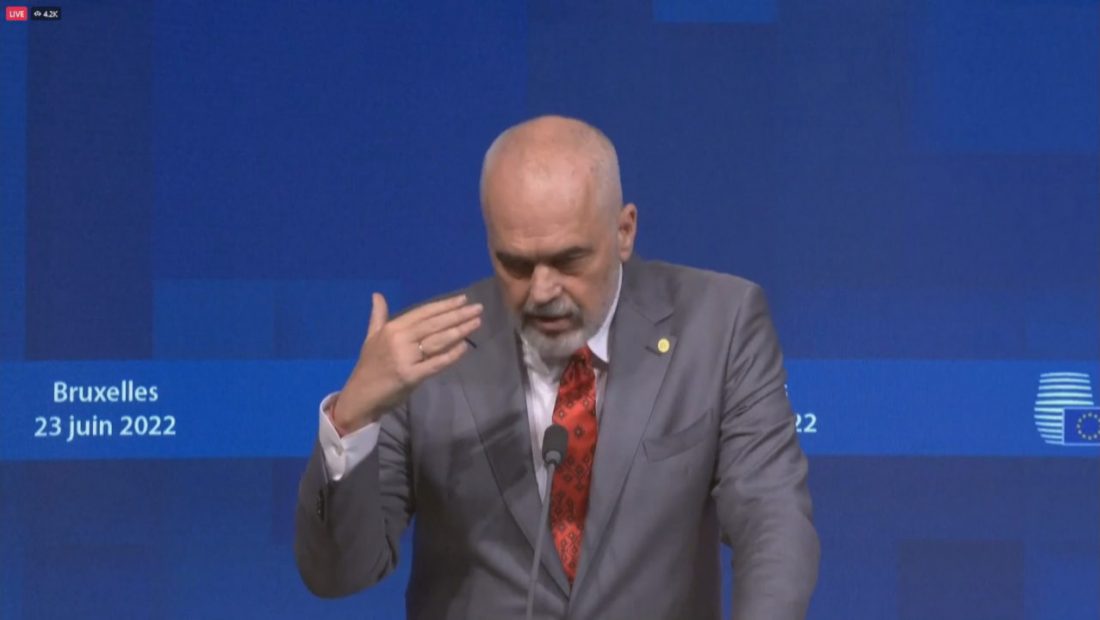 Prime Minister Edi Rama stated that the decision to hold EU accession negotiations with Albania and North Macedonia at this time is fully up to Bulgaria.

“I do not believe, and have not implied, that there are others behind the Bulgarian crazy stance. It is their choice. I must be crystal clear with the Bulgarian audience. I respect all of their concerns, but I fully disagree with how they are going about it”, Rama said at a news conference following the conclusion of the EU-Western Balkans Summit, where no decision was taken to initiate negotiations.

“The process by which these people in this structure shaped it is riddled with traps, with one in every corner. Bulgaria will be able to use this for decades. But what exactly is this? In the midst of a war, battling for something that has turned the EU into a ridiculous reality… 26 countries, the world’s most powerful, remain paralyzed because this is the mechanism “.