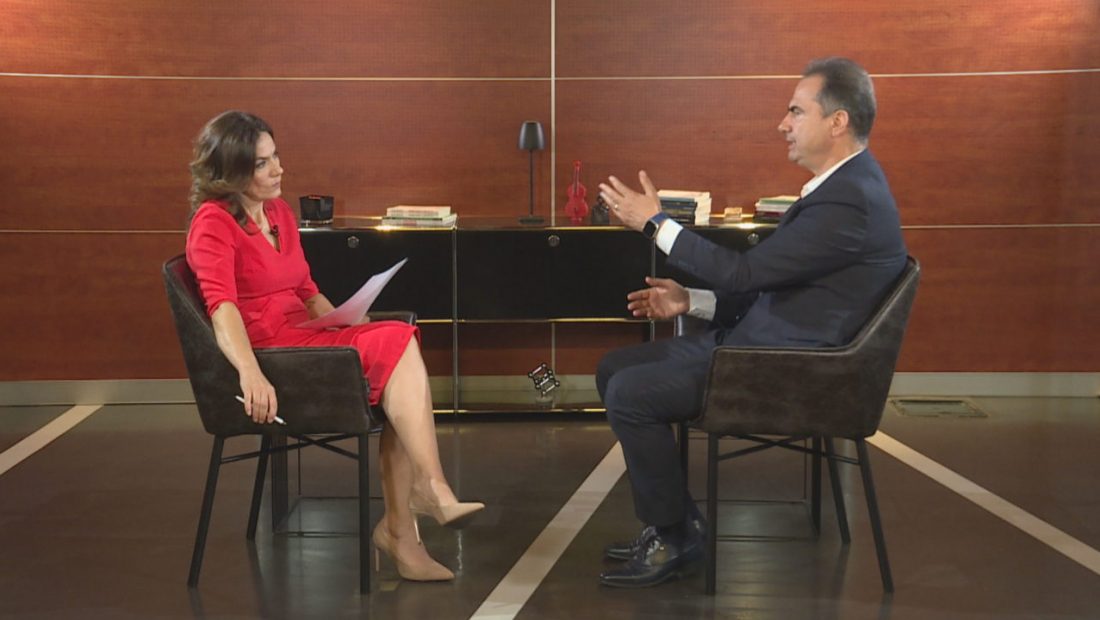 During an interview on A2 CNN with the journalist Merita Haklaj, the vice chairman of the Democratic Party, Luciano Boci, discussed the opposition demonstration, its organization, the messages behind it, and the reactions to it.

The Democratic Party MP believed that Thursday’s rally in Tirana exceeded expectations. He stated that citizens of all groups had been involved, indicating that Albanians’ concerns were too strong.

“The protest’s expectations were high, and they were exceeded. It made a significant impression. Not only based on the number of people who took part, but also on the demographics of those who did. The participation of the citizens of Tirana, young people and women, prevailed. In comparison to past protests, they were in the majority. The typology also delivers messages and indicates that the concerns of citizens are not limited to a single group. The demonstration was also unusual in its conception and execution. The transformation of civic causes into political causes was a persistent demand of civil society “Luciano Boçi said.

The democratic vice-chairman also praised the lawmakers who had taken a critical position against former Prime Minister Sali Berisha in organizing the protest outside the Prime Minister’s Office. According to him, the MPs learned from their involvement that the base is united and has defined how the direction should be in its own way.

“The presence of other MPs was extremely beneficial. They were also members of the working groups. Some of them were in charge of organization. There were many reactions which were mostly positive. It was a request for cooperation that was embraced. It was a manifestation of political ego. Ervini, Ramadani, Zefi, Helidoni, and more names with close ties to the base made commitments. DP MPs are generally well-liked where they work. They returned the impact positively for participating in the protest. The merger is already on schedule. We desire to reduce its time, even if circumstances prevent us from doing so at times. The MPs read that the base’s goals are well aligned. They must adhere to the orientation indicated by the base through public engagement “, Boçi stressed.

Concerning Jorida Tabaku’s reaction following the demonstration, Boçi stated that she believes she is in a period of self-reflection, but she rejects the notion that protests do not result in productivity.

“I believe there is a self-reflection in order to transform itself. I believe it alludes to the contemplation of how we should proceed and how we should unify in order to accomplish the fusion that we saw in the demonstration. Number and substance considerations are subjective. Concerning the idea that protests do not increase production, I believe the opposite is true “, said the DP vice-president.

He reached the limit with votes for entering the parliament in the city of Elbasan, Boçi: You had to leave ethics to face that kind of clash

Luciano Boçi was successful in breaking the electoral code limit in the hottest electoral area, Elbasan, in the 2021 elections. However, he claims that this shows that the socialists attempted to steal votes in his electoral district more than everywhere else.

“It was really difficult since we encountered numerous injustices, particularly with regard to Elbasan, as evidence of vote stealing. I am even more sensitive to voting rights violations. It cannot be stated that these arguments have fallen since I took office. The efforts made by myself and the Democratic Party to attain this result have been outstanding “Boçi stated this during an interview with Merita Haklaj on A2 CNN.

“For the sort of conflict that existed in Elbasan with the government, with the government police, and what the SP offered on the ground, which utilized all the mechanisms to capture the vote, from money to the economic threat, through dirty ways, you were forced to abandon your training and ethics on a regular basis. This was necessary in order to face the kind of conflict that existed in Elbasan. The fact that the parliamentary seat was won by hard work demonstrates even more that the tendency to steal votes was strong. “

“Parliament, SP annex”. We have doubts about the Court, but the party is neither a seal nor an office

The Democratic Party’s Vice Chairman, Luciano Boçi, stated in a “Interview” with Merita Haklaj on A2 CNN that the DP has reservations about the decision that the Court of Tirana is expected to make following Enkelejd Alibeaj’s appeal for the registration of the new party statute after the Assembly on December 11, 2021.

“As long as we have an illegal decision, such as the acceptance of a fictitious complaint from a party that we have no idea how it came about or how it was created, it is natural for us to be skeptical.  In a normal political and legal reality, those who claim ignorance of the decisions of the 11th Assembly would have to convene another Assembly. Then, in their political activity, decisions that benefitted them would have to be made there. Alibeaj filed the case in his capacity as the DP’s commanding chairman. However, the court does not have his name as the Democratic Party chairman. This indicates that the chairmanship of the DP is determined by the members who elected him. Complaint games are also caused by deceptive alliances of particular interests with the goal of retaining a seal or an office. “The party is not a seal or an office,” Boçi explained.

Despite being nominated by the deputies as the chairman of the parliamentary group, he was not registered as such by the Assembly. “The absurdity of the situation arises not because we are not in our roles, but because the Parliament acts in odd ways as an annex of the government, as a notary, and even as an annex of the SP. When Edi Rama makes statements, he has almost chosen Lindita Nikolla’s behavior and any subsequent decision-making. In a political party, it is decided by its highest body, which is the DP’s National Assembly, which has held its own elections for party leadership,” he noted.

The assassination in Elbasan just before the elections, Boçi: Despite his lack of campaign expertise, Bardhi carries political responsibility.

The parliamentary elections in Elbasan were characterized by the assassination of Pjerin Xhuvan just days before the polling day, an occurrence that has yet to be fully resolved. According to the area’s MP, Luciano Boçi, the political responsibility also falls on the DP campaign’s leader, Gazment Bardhin.

“Mr. Bardhi does not come from a family of politicians with campaign experience. This was his first challenge. And I’m hesitant to blame it on inexperience. However, the scenarios may have arisen as a result of the way the election legislation was altered, resulting in a type of cacophony about how MPs should conduct “, said Boçi in an A2 CNN interview with Merita Haklaj.

“Because of his position, it is natural that accountability falls to him. This is not for the sake of the internal DP conflict, but of a political reality that is tied not only to what happened, the tragic moment, but also to the post-election time. Why wasn’t the situation defined, proven, and pressed even harder? Why weren’t these facts uncovered so that we could have a more critical OSCE/ODIHR report? All of this is the political leader’s obligation “.