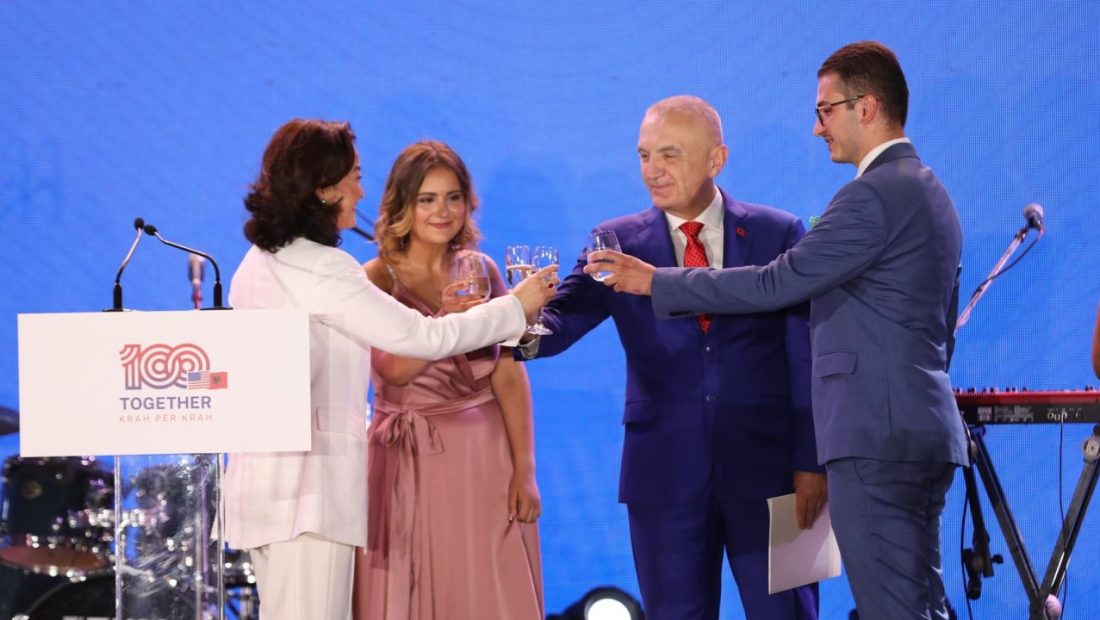 On the occasion of the 246th anniversary of the United States’ Declaration of Independence, the ceremony was held in Tirana. Ambassador Yuri Kim stated that the history of the American people reveals that they do not obey the instructions of monarchs and tyrants and are not only passive observers of events occurring before their eyes.

“Our constitution begins with the acknowledgement that authority originates from “We, the People,” and that “We, the People” express our resolve to establish a more perfect union. We, the people, the American people, have demanded since our founding that we must live actively, not passively, taking responsibility for ourselves and holding the politicians we elect accountable. Democracy is not a gift that should be accepted humbly. This is a living award that “We, the People” received during the long battle for independence, whether in the United States in 1776 or in Albania in 1912″

Kim continued, “As we reflect on the 100th anniversary of US-Albania relations this year and the 30th anniversary of the collapse of communism, let us remind each other of the solemn duty and obligation we all have to cherish, preserve, protect, strengthen, and spread democracy – the democracy for which each of our peoples, Americans and Albanians, fought so hard.”