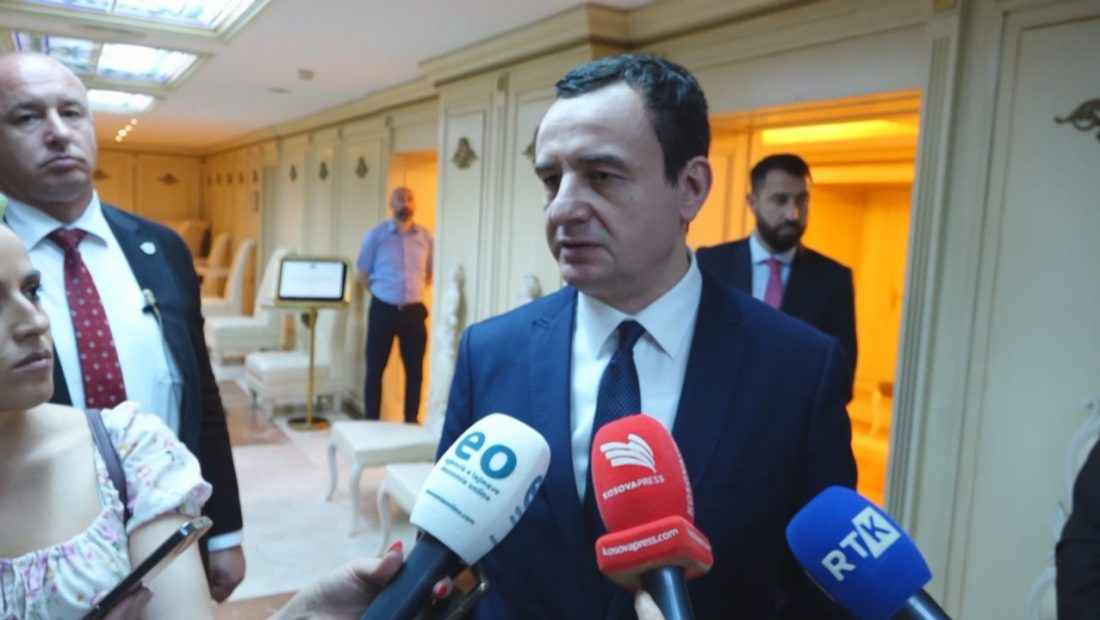 Someone in Brussels may have been alarmed by Serbia’s threat to withdraw from the dialogue. Albin Kurti, Kosovo’s Prime Minister, stated that President Aleksandr Vucic’s approach is incorrect. However, the prime minister reaffirmed his willingness to attend a high-level meeting in Brussels and returned to the decision on reciprocity for means of identification and the removal of outdated license plates from vehicles in Kosovo’s north.

“This is not an unexpected or wholly new occurrence, because the license plates of the vehicles have their denomination since the post-war period, indicating that Milosevic’s regime will not be able to persist in Kosovo indefinitely. We have graciously provided a two-month opportunity for such a conversion, which aids our legality and orderliness. Mr. Lajçak has always been and continues to be aware of our activities “Kurti stated.

He confirmed Kosovo and Serbia’s desire in negotiating an accord for the missing persons of the war, but emphasized that this is not just his responsibility. The issue of missing persons is a top priority for the Kosovo government. They have been forcibly disappeared and we will do our best so that this subject is clarified, clarified as quickly as possible because the anxiety of the family members is possibly even greater than their sadness, which is not simply theirs”.