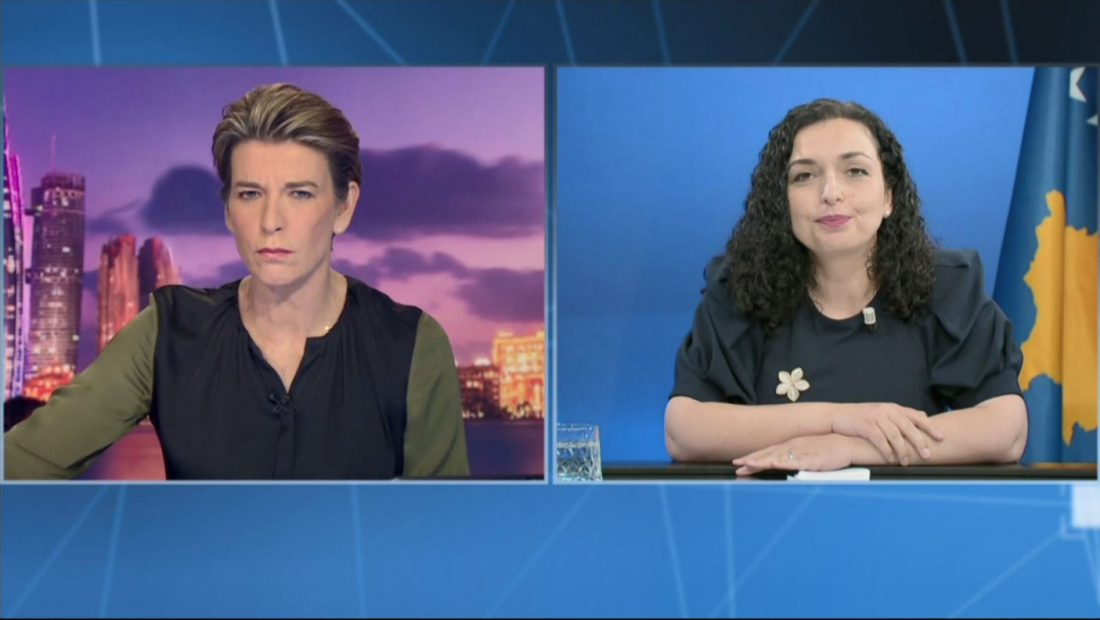 “So, literally, the major reason why the people of Kosovo and our vision as Kosovo’s institutional leaders are pushing toward NATO membership is security and safety. But also because we perceive NATO as a values-based structure rather than a military machine “, Osmani stated in a CNN interview with journalist Becky Anderson.

Osmani brought up NATO’s military action in Kosovo during the war. “NATO nations and NATO allies did not stand by while the people of Kosovo were being invaded and genocide was being inflicted on them by Milosevic’s forces in 1999. Of course, 1999 exemplifies how, when the world and democracy work together, people can be brought to freedom and independence”, she stated.

“So NATO represents fundamental principles that are a crucial part of the fabric of our society, and, as I previously stated, it also means security and protection for this area of the world that has suffered so much as a result of dictatorships and hegemonic governments led by Serbia.”