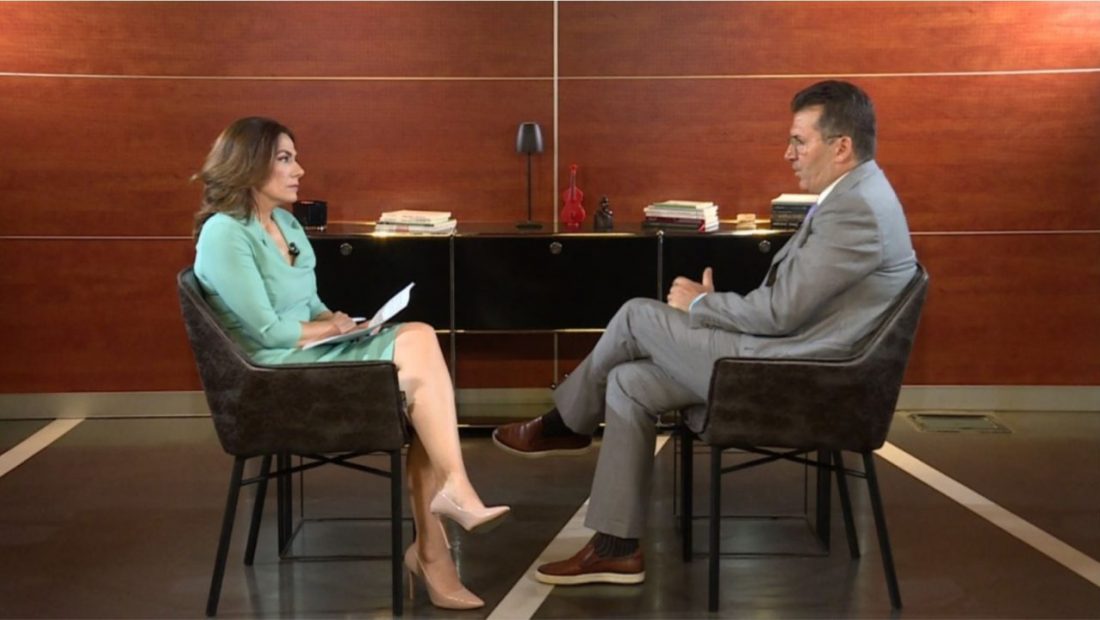 The Balkans are more threatened by Russian influence and Chinese engagement, and as a result, security should be approached regionally. Fatmir Mediu, head of the Republican Party, reached this conclusion following the recent NATO meeting in Madrid, when a number of security and defense topics were addressed. Mediu stressed the significance of coordinating the Albanian regional element and political collaboration in an interview with Merita Haklajn on A2 CNN, as well as the need to form a national security agency.

“We must recognize that Albania’s security issues and Russian threats are serious. We must return to a comprehensive understanding of security challenges and introduce our approach regionally, which provided us an advantage in NATO debates. Because of Russian influence and Chinese intervention, it holds an important regional position. We have every opportunity to do so. Albanians should be happy to be NATO members. Let us abandon the notion that politics begins with us every time we gain power. Political cooperation is essential in the context of security. Albania requires a national security organization. There is a need for an organized institution to coordinate the actions of all national security institutions. It is a coordinated policy, with the president, prime minister, and executive branch in charge of security “.

Mediu stresses that the region’s NATO members have expressed genuine worry for Serbia over Russian and Chinese interference to the disadvantage of NATO and the United States. And it is at this point that he proposes that Albania take a position that does not jeopardize national interests.

“The time has come to assess ourselves, to recognize the geopolitical border, and to recognize that an alliance has been formed with Russia and China, and that their penetration in the Balkans is a reality as a result of fatigue with the EU integration process and the disengagement of the US’s attention in the region. However, we have defined ourselves through NATO and the EU. In terms of geopolitics and national and regional interest in relation to these countries. Any stance we take that does not feed China’s penetration would be vital to national interests. We must be more open-minded about this matter. Serbia’s relationship with Russia is not benevolent, but rather based on mutual interests “.

Regarding Rama’s remark at the NATO summit, Mediu believes it could be more specific by organizing with other nations in the region to bring Kosovo’s membership closer, since the only way to be heard, according to him, is from a regional perspective.

“Before attending the NATO summit, the Prime Minister should engage with the region’s NATO members, as they have expressed genuine worries for Serbia about Russian and Chinese influence that is detrimental to NATO and the United States. Regardless of the trend of open ties with Serbia as a NATO member, we must debate the consequences of our interactions as NATO members and as Albanians. The Albanian factor should have a more defined role and coordination, as well as a specific role. I requested Kosovo’s membership to be more precise about how we should operate, how we may be organized, but also what should be done with the region’s countries to make it more regional and sensitive. The only way to be heard is to make others talk about us, and the only way to do it is from a regional standpoint.”

In terms of security and defense, Mediu also calls for a broader consultation with Kurti’s government in Kosovo.

“Russia’s special interests in the Balkans and Moldova must be considered seriously. That is why, despite of personal differences, we must consult with Kurti’s administration; their responsibilities outweighs personal interests. I’ve put forward a proposal. Serbia is more equipped for war, has its own aims, and is better managed economically. We need to talk about it in the Albanian house “.

Paternalism by Albania towards Kosovo would be exceedingly destructive, whilst cooperation would be extremely useful. This is what Fatmir Mediu, the head of the Republican Party, said in an interview with Merita Hakjan when questioned about Albania’s ties with Serbia and Kosovo. He believes that Albania has a national responsibility to create personal and political relations with Kosovo rather than putting sticks in the wheels.

“As Albanians, we have a national responsibility to develop a healthy human and political connection rather than putting sticks under the wheels. Kosovo, Albanians in Macedonia, and Montenegrins are all in our national interest. Europe will be divided into regions. Albanians will have a shared relationship that must be sustained. We can’t put the cart ahead of the horse. To have a relationship between Albanians, followed by a regional relationship. It cannot be a relationship between individual leaders, but rather an institutional one overseen by the US and EU, who are the guarantors of these partnerships. Each regional report will be included in a larger report “.

Regarding Rama’s remark during the joint conference of governments in Pristina, “You call me Vucic’s brother, but in the end you will call me Albin’s brother,” Mediu stated: “Albin and Vucic cannot be siblings; the placement on the same level equal is not valid.”

The opposition should lead to the state rather than to power. Thus, the Republican Party’s chairman chastised the opposition, saying that it should seek unification and the correct relationship with American and European societies and partners.

“It is necessary to judge and analyze oneself. We must find a means to unify the DP and the opposition’s obligations, as well as a fair relationship with society and our international allies, and discover all the ways and processes for a fair partnership with the US and the EU “.

“Our approach should not be based on Rama’s example. We must not act like Rama in order to oppose Rama, but rather, like the Albanians who do not adore Rama, we must be the voice and wave of civic feeling. Today, the opposition should confine its actions for those we represent and convey a different spirit and reasoning to all citizens, both inside and outside the country. That is a significant weight that resides outside. As we did from 2001 to 2005, we enhanced the quality to demonstrate that what we have to offer is necessary, even for Mediu and Berisha. If we are motivated by hatred for Rama for political reasons rather than love for Albanians, we will have a major problem, and I believe that even opposition leaders have taken this approach. We can’t get anywhere until we work together. We cannot change this reality without the help of individuals who live overseas. For tomorrow’s government, we need to bring back young men and women who have returned to positive centers “.

Fatmir Mediu will not be present for the July 7 protest owing to commitments abroad, but he has guaranteed that Republican Party members and sympathizers will be on the citizens’ side.

“PR, its members, and sympathizers will stand behind the citizens. Unfortunately, I will not be able to attend because I will be in Bucharest from July 6-8 as the organizer and speaker at the security conference “.