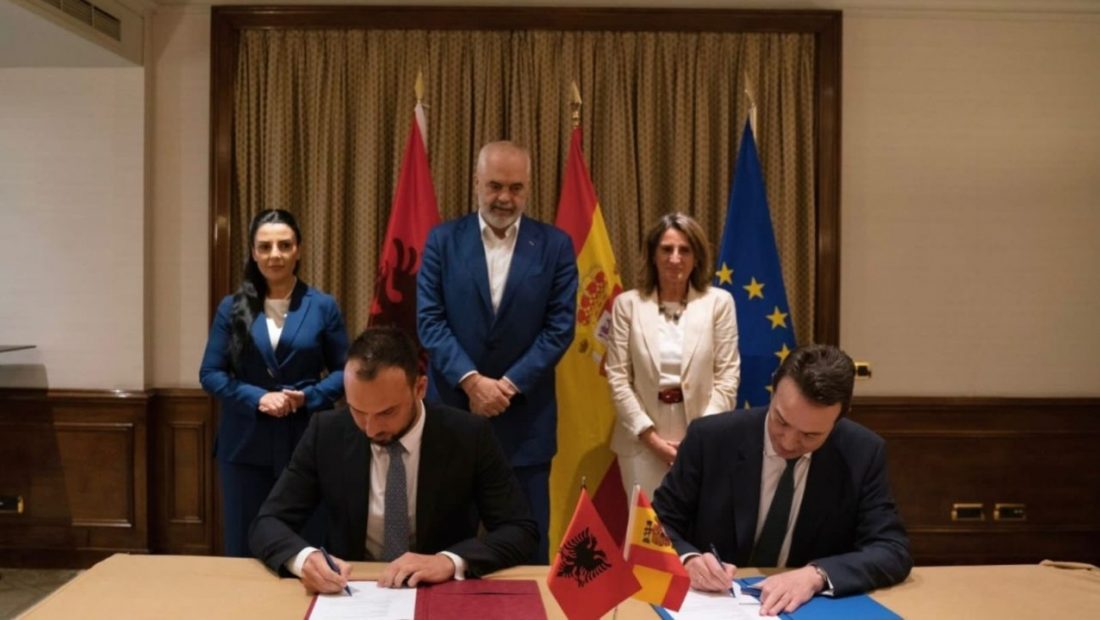 At the conclusion of Prime Minister Edi Rama’s visit to Spain, a Memorandum of Understanding was signed today in Madrid between Albgaz and the Spanish company ENAGAS, paving the way for Albanian government energy projects. The memorandum was signed during Prime Minister Rama’s meeting with Spanish Deputy Prime Minister Teresa Ribera and ENAGAS firm management, as well as Minister of Energy and Infrastructure Belinda Balluku. When ENAGAS enters Albania in September, intensive work will commence.

The Prime Minister emphasized that the increased interest of well-known firms in Europe and the United States in energy cooperation is paving the way for Albania to be transformed into an important entrance point and distribution point for gas for the entire region.

“We have already begun to invest in solar energy.” Tomorrow, we will mark the start of construction of the first solar park in the region. We are also working on something with wind, but with the Trans Adriatic Pipeline and the overall situation that has almost changed the entire perspective on gas, we are becoming more appealing. We are extremely pleased to see that there are many companies interested, therefore now is an excellent time for ENAGAZ to participate. You have a broad range of expertise, experience, and an excellent balance in terms of good governance inside the organization, so everything is in order.

While the Minister of Energy and Infrastructure, Belinda Balluku, stated that the deal is a new step toward strengthening our energy system, creating new capacity and alternate sources of energy generation via liquefied gas.

“ENAGAS is committed not only to strongly contribute to the establishment of all IAP transmitters, beginning with the entire western part of the Western Balkans, i.e. from Croatia to Greece, where Albania is included with the floating Port of Vlora and the points of exit on our territory of the TAP pipeline, but also to participate in investments in natural liquefied gas deposits, but also in all future steps that we will take, both in the terminal and elsewhere.”

For Balluk, the war in Ukraine transformed electricity into a security product rather than just a basic necessity.

“It should be highlighted that energy is no longer a commercial issue for Albania, as it is for Spain, but also for all European countries and the rest of the globe.” It is not about a commodity, which is vital and one of every citizen’s basic necessities anywhere in the world, but about safety. After the crisis between Russia and Ukraine brought this issue to the forefront for several months, energy has already become the most powerful ‘weapon’ of security. So Albania has a new partner, signing today a cooperation with ENAGAS, which will begin immediately starting tomorrow and intensive work will begin early in September when ENAGAS will visit Albania, so we have marked today a new step to strengthen our energy system, to create new capacities and alternative sources of liquefied gas production, and to turn Albania into one of the most important Balkan countries for the transmission of liquefied gas, which will begin immediately starting tomorrow.