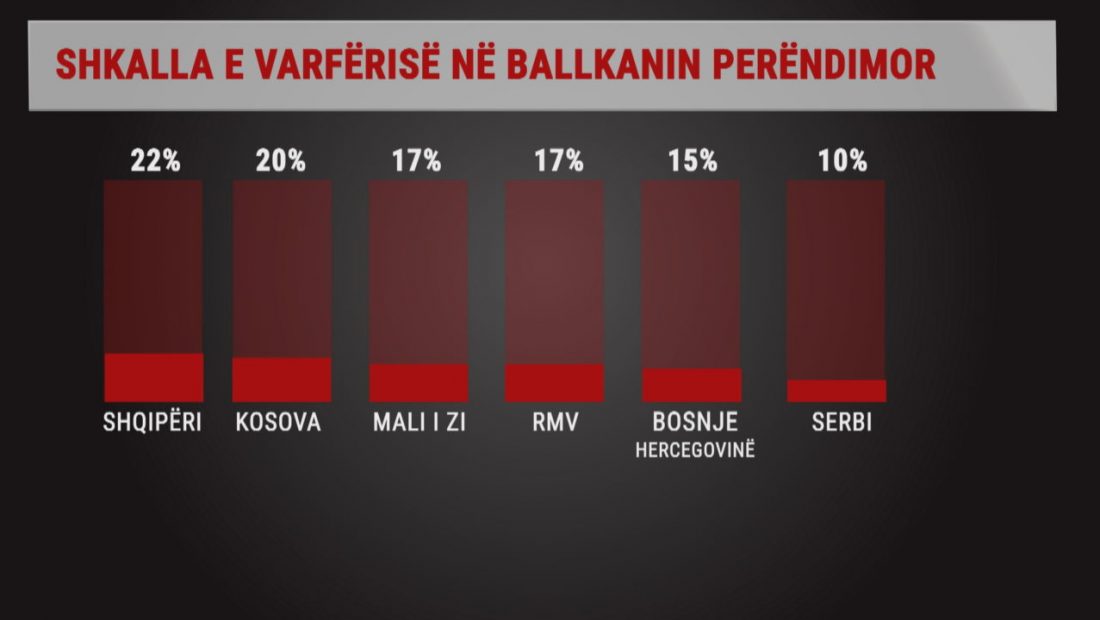 Albania continued to have the lowest per capita income in the European Region in 2021, surpassing only Kosovo. According to Eurostat, the earnings that people of the country were able to accumulate over the course of a year totaled a little more than 5,000 dollars. This is a figure that is lower than Kosovo in the region and over seven times lower than in the European Union.

On the other side, the country is estimated to have the highest poverty rate among Western Balkan nations. According to measurements, roughly 22 percent of the population lives in poverty, a greater rate than in Kosovo.

And as rising prices exacerbate poverty and the gap between the poor and the wealthy widens, experts are urging for immediate government intervention to ensure social safety. In comparison to other nations in the region, Albania’s support package for price hikes is around 50 million euros lower.