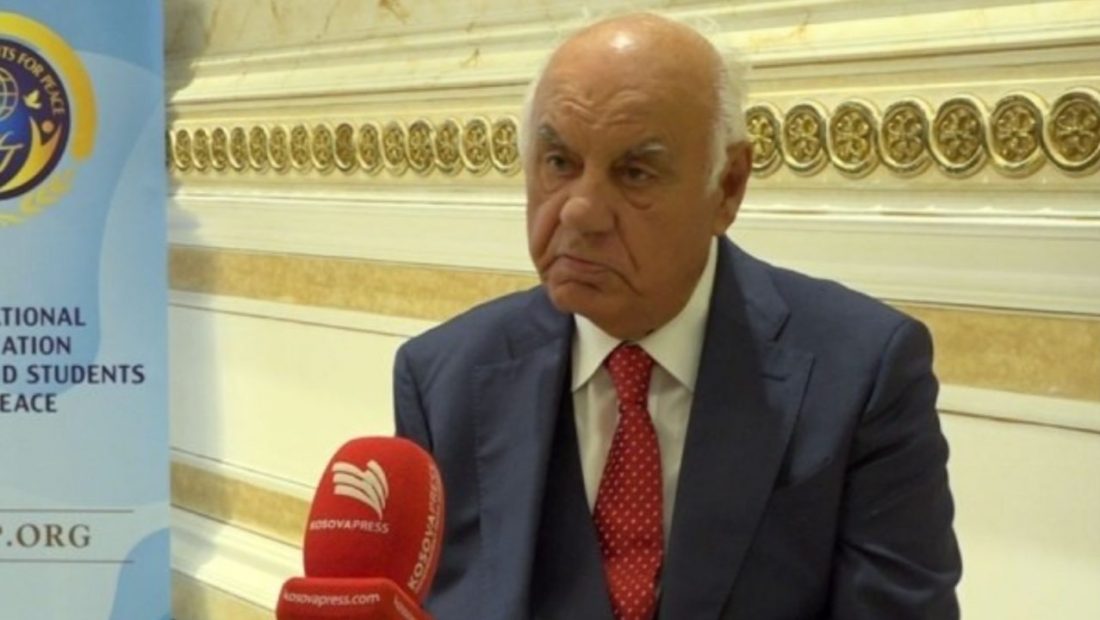 Former Albanian President Alfred Moisiu warned Albania and Kosovo to be wary of Serbia’s conduct and haste to arm itself.

“Albania and Kosovo are very peaceful, but we must think even worse.  Serbia has armed its forces, but why? The question is, if something is armed, will it attack? Does they not have it in mind?” Moisiu asked in an interview with KosovaPress.

“We must be more cautious and take measures, both in Kosovo and in Albania.” Nobody could have predicted Russia’s assault on Ukraine. They are autocratic governments, and Serbia is an autocratic country as well; it is not as powerful as Russia, but it is.”

Moisiu also stated that the European Union should not try to appease Serbia and should instead press it to accept Kosovo’s independence. They find this (mutual recognition) challenging; I won’t get into why; they know better. But he is the most we can ask for, thus it should be done gradually. Europe has a greater responsibility than anyone else to pressure Serbia rather than pamper them. After been petted so far, they decided it would be better to follow Serbia here rather than Russia,” he says.

He believes that the talks with Serbia should continue just to reach a final epilogue and not to stall the process. “Both Russians and Serbs speak the same language, which is unusual and causes us concern.” We inform our neighbors that we will continue to live together, but as neighbors. I frequently use the phrase “friend and friend can be selected,” but “neighbor” gives God. The key thing is to find a method to coexist and live in harmony. Of course, this is not as easy as it seems, but it must be accomplished. There are two methods to solve problems: using weapons or talking. “With weapons, the conflict has arrived; now is the time to meet at the table, but with fairness, honesty, and the desire to solve problems rather than extend time, Europe must also exercise caution,” he continued.

He does, however, suggest that Kosovo join the regional project “Open Balkans.” “America and the European Union have stated unequivocally that this is about solving economic problems, not political ones.  As long as the Berlin Process and the EU exist, political challenges will persist… The ‘Open Balkans’ has an economic purpose, and Kosovo should join because it trades with Serbia, despite the fact that it has fallen. All issues must be addressed, but the essential is that neither you nor us are willing to give up Kosovo’s independence and mutual recognition. After all, a frozen battle cannot last permanently. This is why the German Chancellor emphasizes this effort,” Moisiu explains.