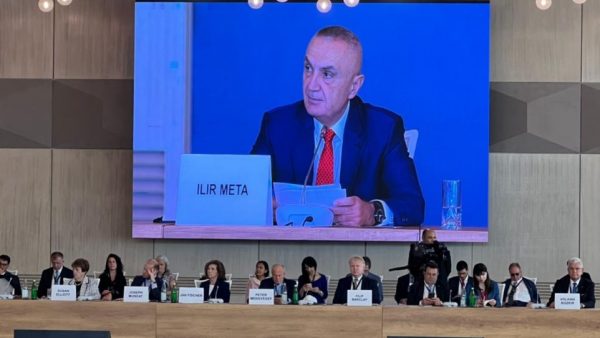 According to Meta, the war in Ukraine had the opposite effect that Russia had hoped for. “He did not divide them, but rather brought them together. “Putin desired a smaller NATO, but he now faces a larger NATO, with stronger NATO presence in the Alliance’s eastern flank and more North Atlantic Alliance members,” Meta wrote on Facebook.

“This new geopolitical scenario necessitates a fresh strategy to enlargement and collective security by the EU and NATO. Enlargement should be regarded as a potent geostrategic tool.

“The war in Ukraine has substantially raised the urgency of joining NATO and the European Union for countries desiring to join.”

According to Meta, Russian influence in our country and the area is still a concern. “These actions would preclude third-party influence in some vulnerable areas. “We in the Western Balkans are concerned about Russian representatives intervening to undermine our democracy and stability.” During his speech at the IX Global Forum in Baku titled “Global Resistance, Global Cooperation,”