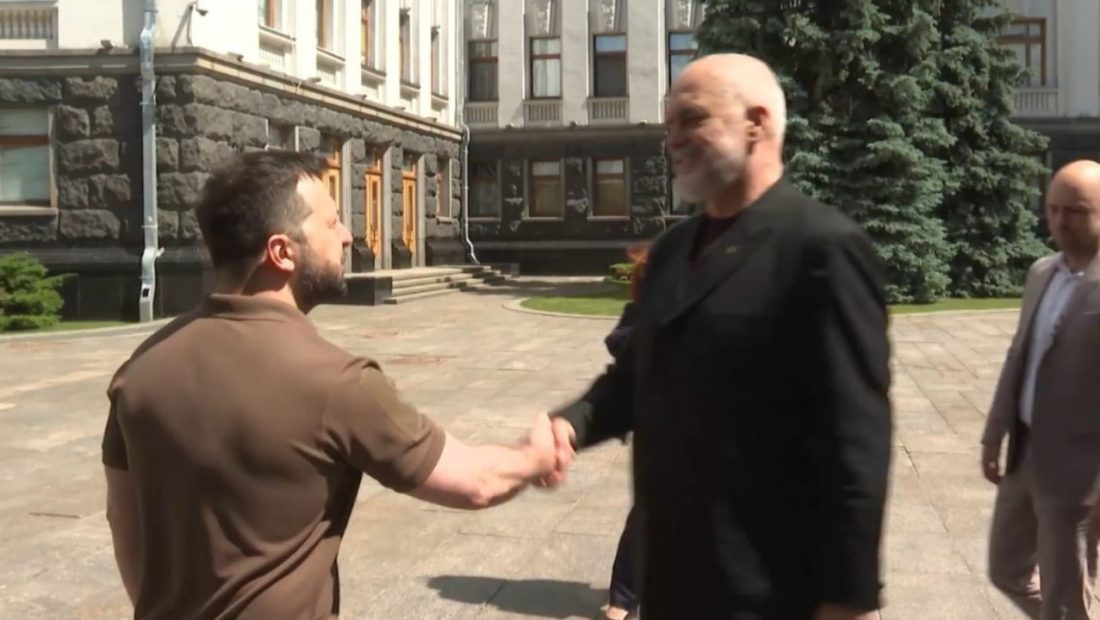 The President of Ukraine, Volodymyr Zelensky, received Albanian Prime Minister Edi Rama today and thanked him for Albania’s support for the Ukrainian people.

“International partners are still coming to Ukraine.  And this is an important symbol of our people’s support. Today I meet with the Prime Ministers of Albania, Edi Rama, and Montenegro, Dritan Abazovic,” the Ukrainian President posted on social media.

Earlier, Prime Minister Edi Rama released video from his trip to Ukraine. The head of government is accompanied by Volodymyr Shukrov, the Ambassador of Ukraine to Albania; Endri Fuga, the Director of Communications; and Elisa Spiropali, the Minister for Parliamentary Relations.

The prime minister first went to the bombed-out regions of Borodyanka and Irpin, as well as the exhibition of the evidence of Russia’s war.