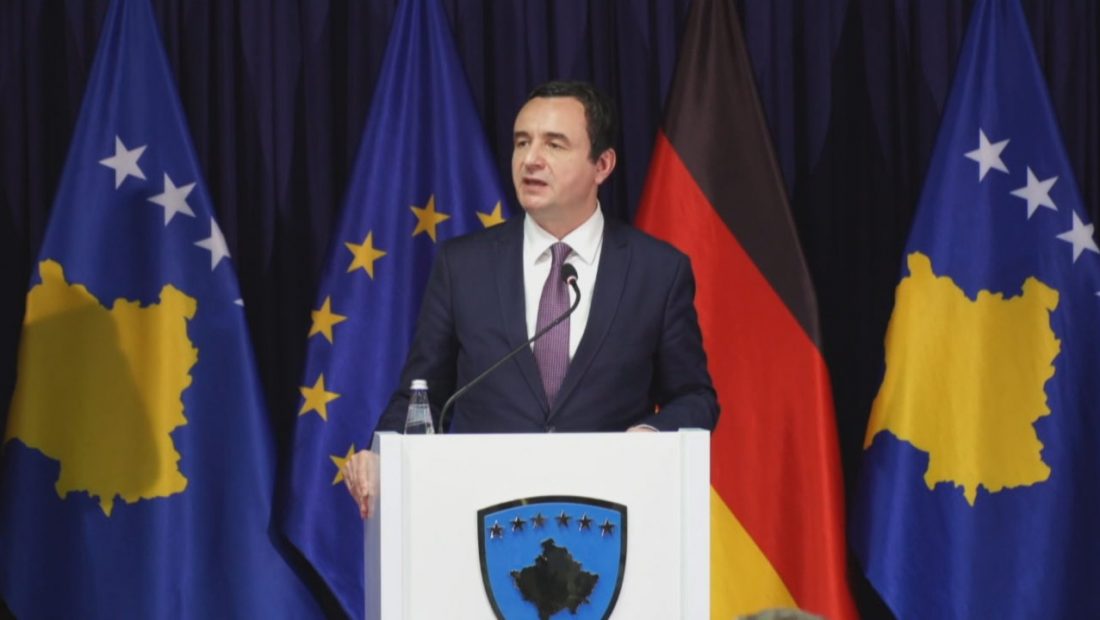 Albin Kurti, Kosovo’s Prime Minister, stated that NATO should remain in Kosovo to ensure the country’s security, particularly in light of Russia’s occupation of Ukraine.

“Given Serbia’s ties to Russia, we believe NATO’s presence in Kosovo is essential. NATO is required in Kosovo until Kosovo joins NATO.  It is impossible to create a vacuum of peace and security “Kurti made the remarks during a joint press conference with German Chancellor Olaf Scholz, who was in Pristina on Friday.

Kurti requested that the German Chancellor lead the Western Balkan countries in adhering to the Berlin Process. Kurti, who has already spoken out against the Open Balkans, reiterated that his government is solely focused on the Berlin Process.

“I informed the Chancellor of Kosovo’s relevance to the Berlin Process as the finest opportunity for the region’s inclusion into the EU. We urge all countries to join the European Union’s shared market. Kosovo urges Western Balkan countries to sign agreements that will benefit citizens. We anticipate that the Berlin Process will continue under your leadership.  In this period of uncertainty, German assistance would be invaluable in providing prospects to foreign investors “Kurti stated.

Kurti launched another accusation on Serbia, accusing it of impeding the continuation of the dialogue.

“Unfortunately, Serbia continues to obstruct the solutions we give, even under the Berlin Process agreements,” Kurti said.