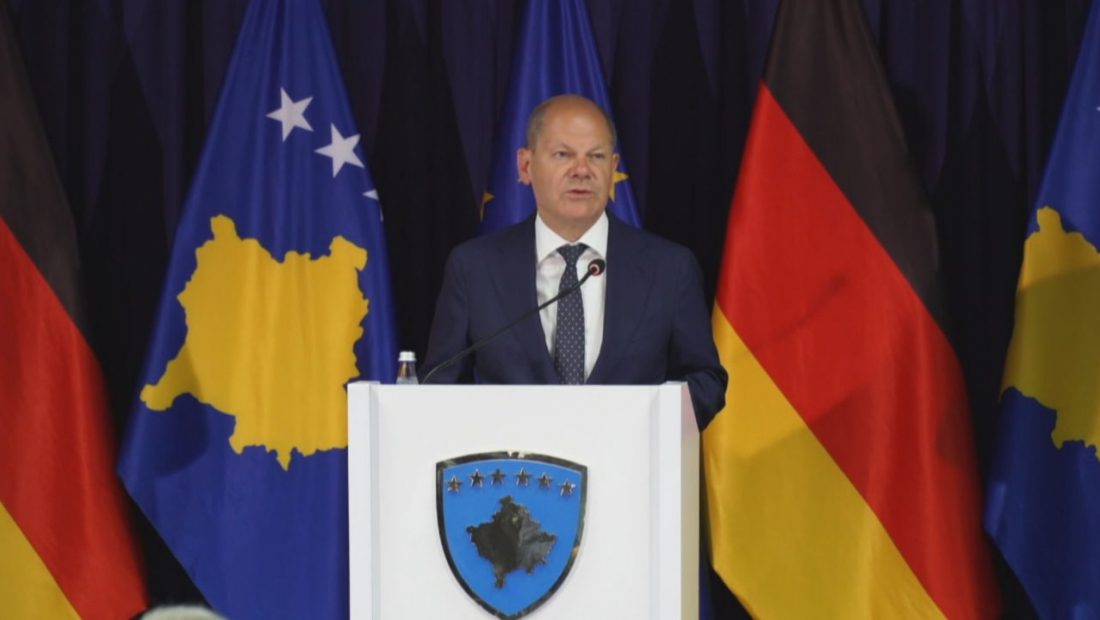 German Chancellor Olaf Scholz is in Pristina for an official visit, the first leg of his Western Balkan tour.

The Chancellor noted the hot issues he discussed with his Kosovar colleague, Albin Kurti, including the chances of Pristina’s entrance to the European Union, the question of visa liberalization, and Kosovo’s stance to Russian aggression in Ukraine. Scholtz emphasized Pristina’s alignment with its Western partners.

One topic discussed was the Berlin process, which the German Chancellor says he expects to restart very soon. “I’m thinking of holding a conference in Berlin in autumn,” he stated.

German Chancellor Olaf Scholz stated that Germany prioritizes the shared regional market, a project that brings together Western Balkan countries as part of the Berlin Process.

When asked if Germany supports the Open Balkans plan, in which Kosovo has refused to participate, Scholz stated, “I want to make it clear that for us, the single regional market, which I believe should progress, is of significant priority.  The difficulties that are a part of it must be addressed.” Everyone wants to join the EU, and free movement regulations exist and are enforced there as well.”