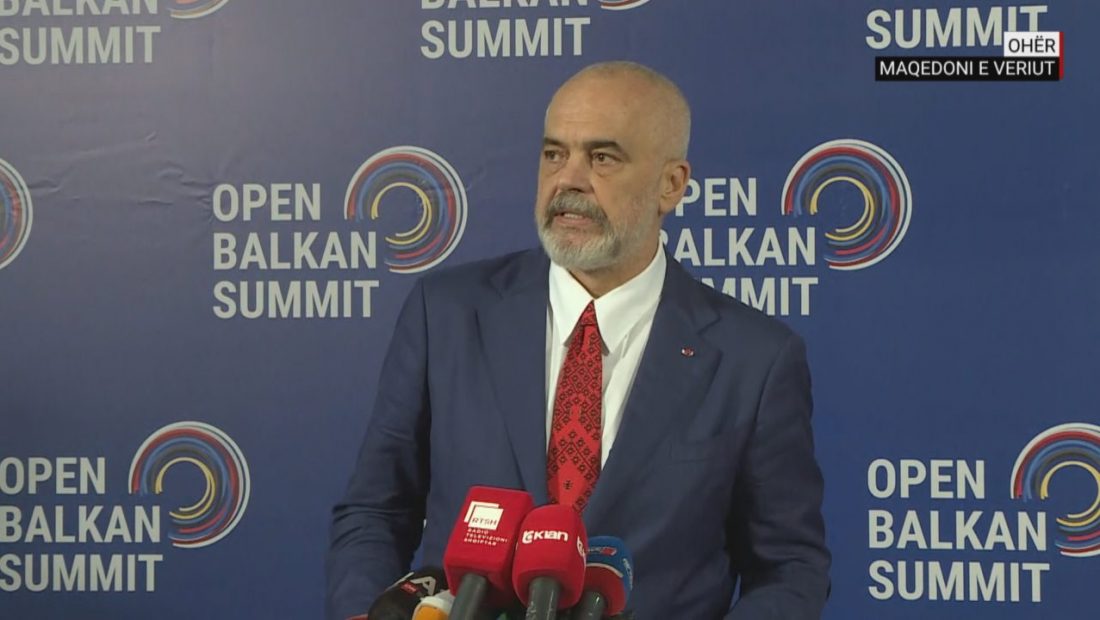 During a news conference from Ohrid, where the Open Balkans Summit is being held, Prime Minister Edi Rama declared that “to say that the Open Balkans is a Russian project is equivalent to declaring that the European Union is the New Yugoslavia.”

When asked what else could be done to urge Kosovo to join this project, Rama said, “Kosovo is independent and takes its own decisions. The Open Balkans have a seat at the table. Except for Kosovo, no one can fill it. I don’t want to say anything else but what I just said. The invitation is always open, but I accept the Kosovo authorities’ decision to leave the country out.”