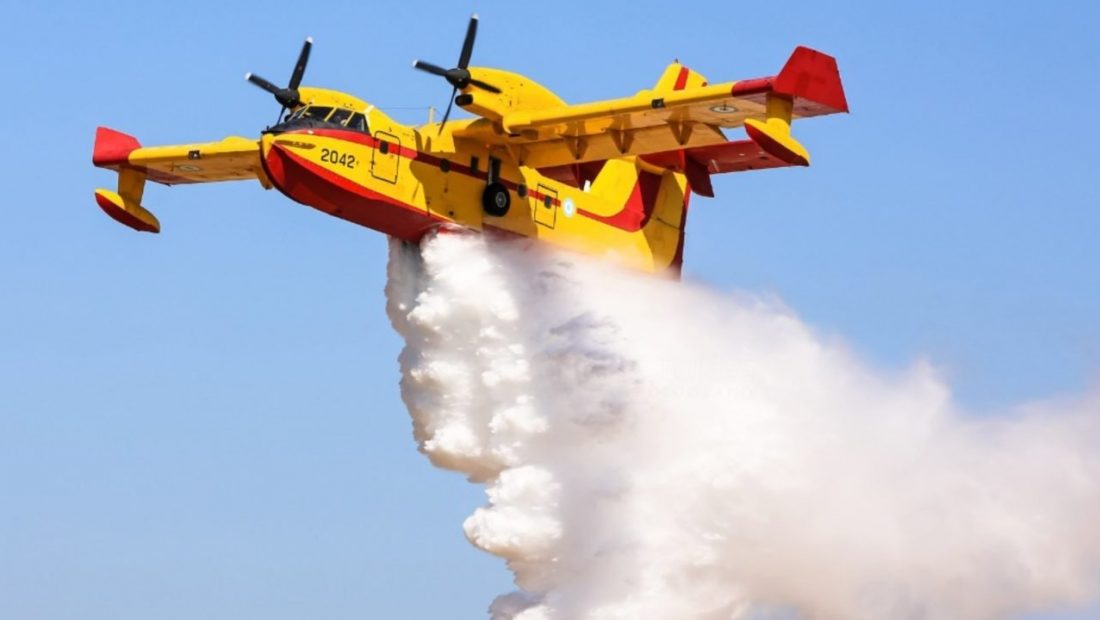 Authorities have been battling fires on the island of Sazan for more than 48 hours, as the military facility as been put in danger.

Yesterday, FA personnel were able to put out approximately 14 fires on the island of Sazan, but the work of Albanian soldiers does not appear to be sufficient without air support.

The Canadair CL-415 aircraft is intended primarily for aerial firefighting, but it can also do other tasks including search and rescue and transportation.

Niko Peleshi, the Minister of Defense, who is on an official visit to Greece, complimented the Greek authorities for their prompt response to Albania after a series of meetings.