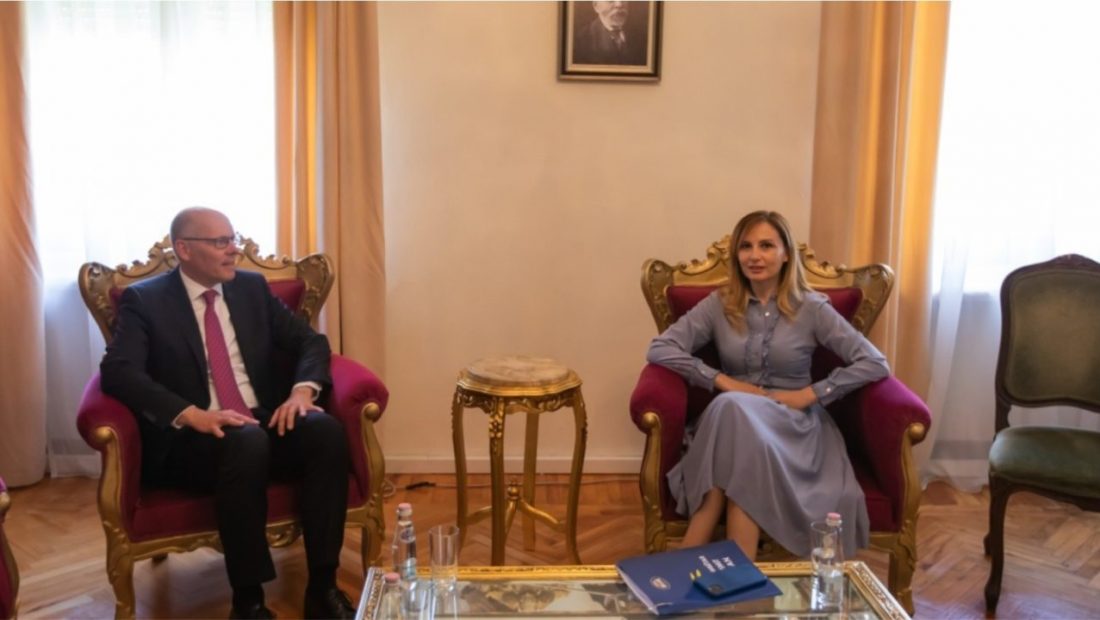 Peter Beyer, the German CDU’s rapporteur for Albania, is having meetings in Tirana.

Beyer’s arrival in Tirana coincides with a major crisis in the CDU’s sister party, the Democratic Party. The rapporteur is said to have met with two DP MPs, Jorida Tabaku of the Alibeaj faction and Belind Klliçi of the Berisha group.

Tabaku stated that she spoke with Beyer about establishing the rule of law, fighting corruption, and the April 25 elections. On the other hand, she declined to say what she discussed regarding the situation in the DP, telling A2 CNN that she had nothing more to say than her declaration on social media about this meeting.

Belind Kellici, the other MP, told A2 that discussions with Beyer focused on the Democratic Party. According to him, the CDU rapporteur’s greatest concern for our country was the fate of the divided parliamentary group and how to work toward its unity.

According to A2 CNN sources, Beyer also met with the American ambassador, Yuri Kim.