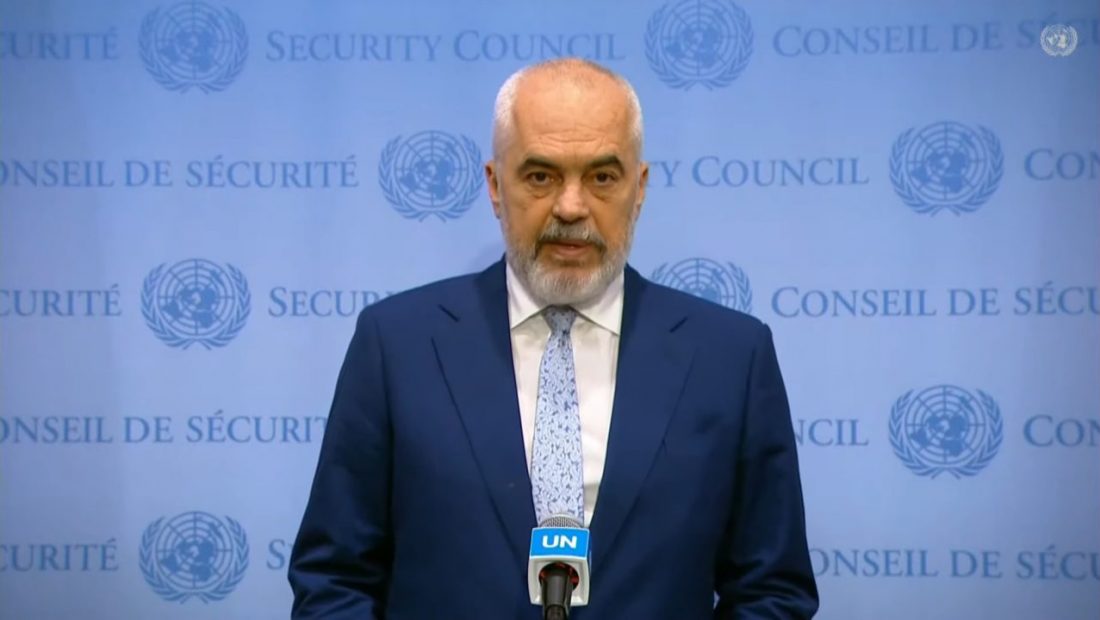 Albania assumed the presidency of the United Nations Security Council for the first time in history. In this historical event, the first debate of this body was led by Prime Minister Rama himself.

Prime Minister Rama announced the priorities of the Albanian presidency, which are focused on accountability and international justice, in front of the other Security Council members, who are mostly represented by UN ambassadors.

“As we have seen, Russia’s war in Ukraine is a challenge that has underlined the need to bring those responsible for war crimes to trial. To establish the rule of law and an enduring peace, trust must be rebuilt.  Accountability systems must be enhanced, and the truth concerning crimes must be determined.”

To demonstrate the repercussions of non-accountability, the Albanian government’s leader used crimes committed in our region, such as those in Srebrenica and Kosovo, as examples.

“Colleagues, we must demonstrate actions, not just words. We must say “Never again” now more than ever to the thousands of victims of genocide in Srebrenica, Rwanda, and Darfur, and to all others who have suffered horrific murders and crimes against humanity. We owe it to innumerable silent victims of sex crimes, such as the 20,000 women raped inhumanely during ethnic cleansing in Kosovo in 1998-99. Violators should not have a place in our globe; they should have a place in their own country, like Milosevic,” Prime Minister Rama remarked at the UN.

The debate, presided over by Prime Minister Rama, marks the start of the Albanian Presidency in the United Nations Security Council, which will remain through the end of June.