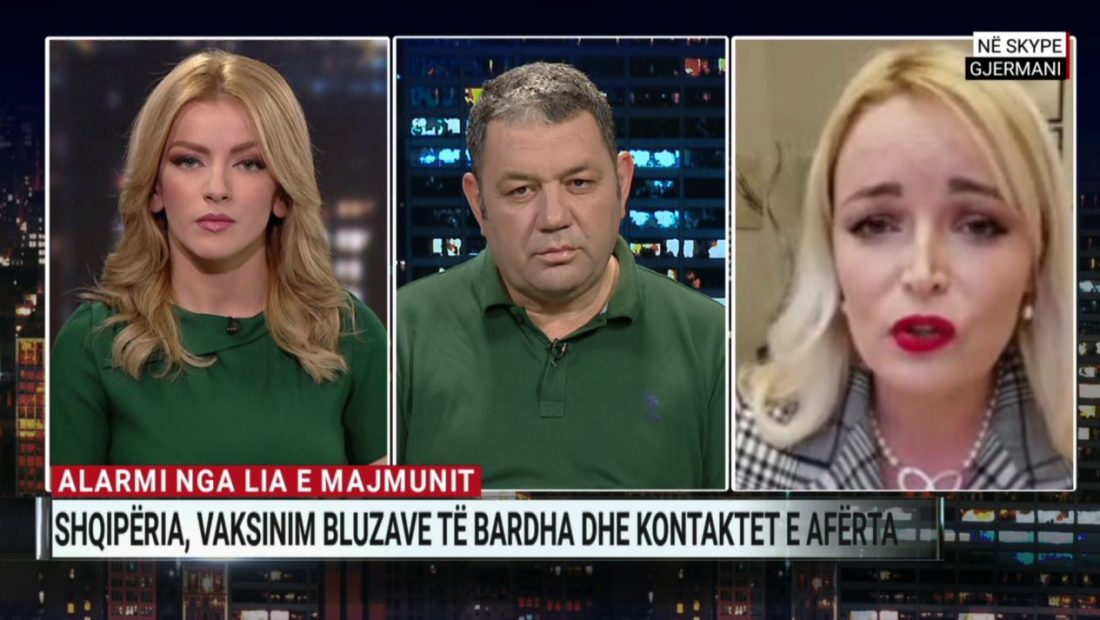 Following the COVID-19 epidemic, monkeypox has emerged as a new source of worry. The experts invited to the show “Debate” urge the public not to overreact to a virus that appears to be manageable calmly, though it should not be underestimated, particularly for some groups.

Dr. Aurora Dollenberg describes her experience in Germany, where the virus has previously been identified. “There have been four instances in Berlin and one in Munich, with all of them having interactions with persons who have traveled to Africa. We believe that the source is the continent “, says the doctor, who names the groups that should pay closer attention to this condition.

“The mobilization is aimed at persons who have not been immunized against smallpox. Its subclass, monkeypox, is not vaccinated individually. It has been received by approximately 87 percent of Germans. It is administered at school age, twice, and lasts a lifetime. However, 13% of the population has not got it and is therefore compelled to visit health centers. The last thing any citizen wants to hear is that another vaccine is required. Naturally, there is skepticism. “Awareness campaigns are being conducted for this segment of residents who do not have the vaccine, as well as those who have chronic diseases or are taking heavy drugs,” Dollenberg says.

Dritan Ulqinaku, an epidemiologist, believes that monkeypox should not be overlooked. “It is a disease that is being studied thoroughly. It is said that there is no such thing as eternal protection. In the United States, 50% of patients who contracted it were already vaccinated. Cases in Europe are from West Africa. There have been no modifications of the virus so far, and that would have been even more upsetting. I don’t think it’ll happen,” the doctor stated.

Aurora Dollenberg feels the same way. She continued, saying: “We don’t notice mutation because this sort of virus has a low proclivity to mutate. It is a virus that is weaker than the coronavirus. Like the mild symptoms of COVID-19, it receives routine ibuprofen medication, vitamin supplements, and lots of fluids.

Another factor that prevents transmission, according to experts, is the absence of asymptomatic individuals, which makes tracking easier.

There has been no verified case of monkeypox in our country, but a surveillance system has been established. This was confirmed in the studio of the Debate with Alba Alishani on A2 CNN by Dritan Ulqinaku, the deputy director of the Public Health Institution, who stated that the danger exists owing to the 21-day incubation period of the virus.

“We have no confirmed cases of monkeypox to send for further investigation. Awareness comes late. We made an effort not to lose time and deliver guides to family doctors. The work on the surveillance system has begun. The threat is widespread since the cases are numerous, and we have a 21-day incubation period “Ulqinaku stated.

Dr. Lajdon Shapo, on the other hand, stated that more cases have been detected among gay and bisexual populations.

“The truth remains that there are 555 confirmed instances suspected internationally, with the exception of central and southern Africa, which is endemic. In the United Kingdom, there was a 71-case increase, and we now have 179 cases since the outbreak began. Spain has 120 cases, whereas Portugal has 96. It is mostly gay and bisexuals communities who are affected. Transmission of restricted instances takes time, which poses a modest risk to the public, which is high in these categories. These are the cases that other contact groups observe but do not see. Cases are spreading throughout family members.”

Rodents are another possible source of monkeypox infection, and Shapo recommends isolating rodents in addition to people.