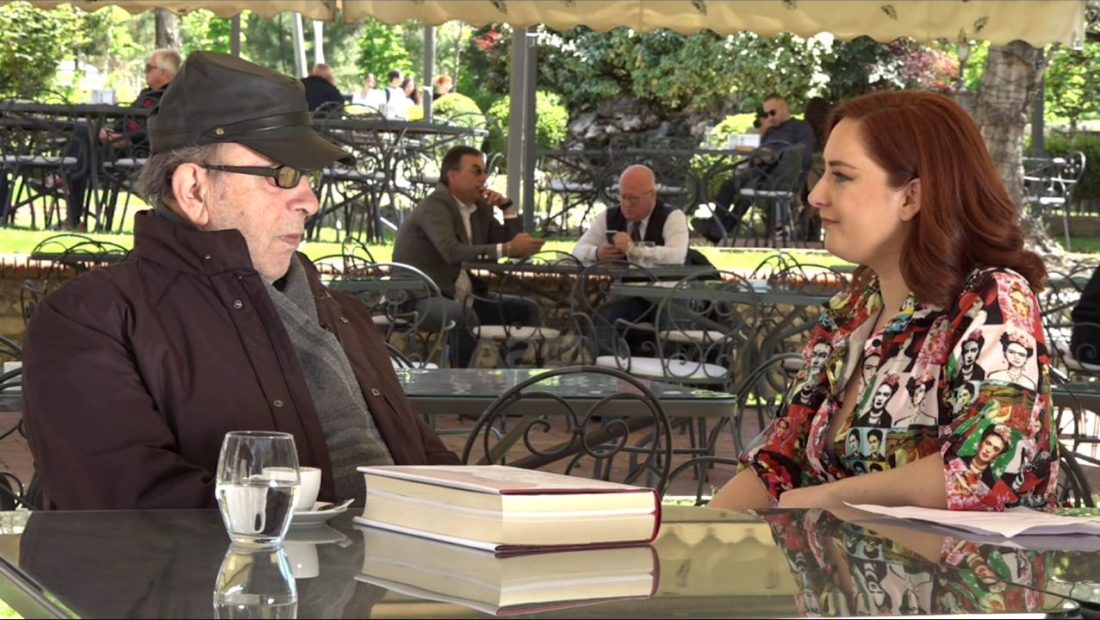 Ismail Kadare, the great Albanian writer, has decided to leave Paris, where he has lived and worked for decades, and return to Albania.

When asked by A2 CNN journalist Luela Myftari if he thinks Albanians are better off today than they were before, the writer says, “Sometimes I believe we are, sometimes not.  But only time will tell.”

In regard to the choice to head back to the Motherland, he adds: “This was not an easy decision to make. It was a slow, imperceptible decision. So that’s what occurred. It seemed to me that I would be able to communicate more effectively about any situation, happy or sad, in this place. In all circumstances, it appeared to me that I would be more suitable here.

In an exclusive interview with A2 CNN, the Albanian literary genius confesses to reading works by many foreign authors and adds that just as many authors have inspired his development as a writer.

“Today, Kadare reads everything that a reader can read, wherever, in any language, in any people, in any place. There are many great writers toda and it is very fortunate for us”, Kadare declared.

Ismail Kadare respects Arshi Pipa’s contribution to the global recognition of his work. Kadare and Pipa had disagreements in the past, but they appear to have been overcome by the great writer.

“It is commonly said that the translator betrays the original work in some ways. We writers enjoy it at times and dislike it at others. But we are incorrect. “Chronicle in Stone” has been translated into English by Arshi Pipa. We’ve had our normal writerly relationships. I have a favorable opinion of Arshi Pipa, which may come as a surprise given our experiences in the literary press. However, this is not uncommon. There’s nothing surprising here. People usually expect a fight to break out between writers and then watch it. Arshi Pipa created a translation that has been widely distributed around the world. My work has been recognized in many nations, in all countries of the world, thanks to this translation, but also to other translations,” says Kadare.

“I haven’t had any disagreements with my translators.  I was glad even for Arshi Pipa, with whom I have had countless disagreements in the literary world, not strongly agreeing on some points, I have no dissatisfaction, let alone animosity, with how he has dealt with my work. On the contrary, I felt grateful that this renowned figure in Albanian culture had committed a significant portion of his life to translating these works. You’d expect me to say something about it. To be honest, I am not sparing comments out of politeness. On the contrary, I am grateful that this gentleman has been dealing with one of my works for all these years. And he was successful. I don’t know what to say about the remarks made to him; everyone can express their thoughts about it.”