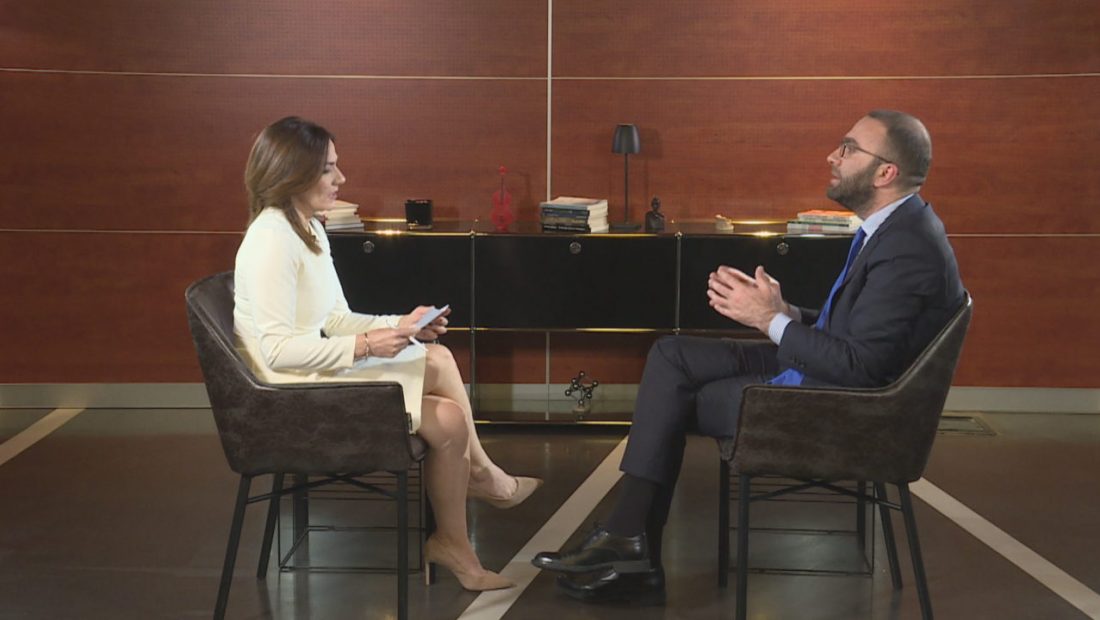 Sali Berisha and Gazment Bardhi have had one of the most heated disagreements within the DP since the departure of Lulzim Basha as DP leader.

According to Bardhi, who was invited to “In an Interview with Merita Haklaj,” Berisha is focused on the need for power within the DP, giving up opposition. He emphasized that he will support Berisha whenever he confronts Rama’s regime.

“According to Berisha, everything that is not done by him is something sold, something horrible. You will see that now that the Strategic Investors Commission has been established, they will not fall for Rama’s issues, but instead accuse the opposition deputies. This is the mindset, and I am willing to wager on it. It is predictable in this case. He is fighting the Democrats, not Rama’s regime. He must abandon his efforts to advance a conflict between the Democrats, as neither the Democrats nor Albania will have anything to win. We are in a war with the Rama regime. Unfortunately, he has given up on opposition, focusing on the need for power within the DP,” Gazment Bardhi remarked.

Gazment Bardhi revisited the history of the collection of signatures from “the Meeting with the Base”, Berisha’s faction within the DP, for convening the Democratic Party’s National Assembly.

He stated that if these signatures had been filed in the protocol of the DP in accordance with the statute, he would have fulfilled his duty as general secretary to convene the assembly, regardless of the chairman’s opinion.

“This is my first time saying it. As soon as the signatures collected in the protocol were deposited, I planned to issue a press release informing Democrats that at the DP headquarters, where I had administered the request for convening the Assembly, I would request the call of the leadership to approve the time and date for the Assembly. It could never have happened if I, as Secretary of the Democratic Party, had ignored the demonstrated will of the Assembly’s quorum. If those signatures had been presented in the protocol, regardless of the position of the party chairman, I, as general secretary, would have taken all the preparations to organize the Assembly and I would have been present there,” Bardhi claimed.

Gazment Bardhi has leveled a significant accusation against the Re-establishment Commission’s electoral processes for the election of branch leaders and, later, the Democratic Party’s chairman.

According to Bardhi, following his verifications, the whole administration of the socialist municipalities voted in these elections, with the exception of the mayors.

“I know who voted and how they voted in each branch.” It is enough to go to small branches where identifying the voters is easier, and you will see that, with the exception of the mayors of socialist municipalities, the entire administration has voted for the mayors of Democratic Party branches or has participated in electing Sali Berisha as self-proclaimed mayor. I’ve confirmed it. Denounced it. I don’t have to fight to persuade Sali Berisha. He understands what I’m saying,” Bardhi stated.