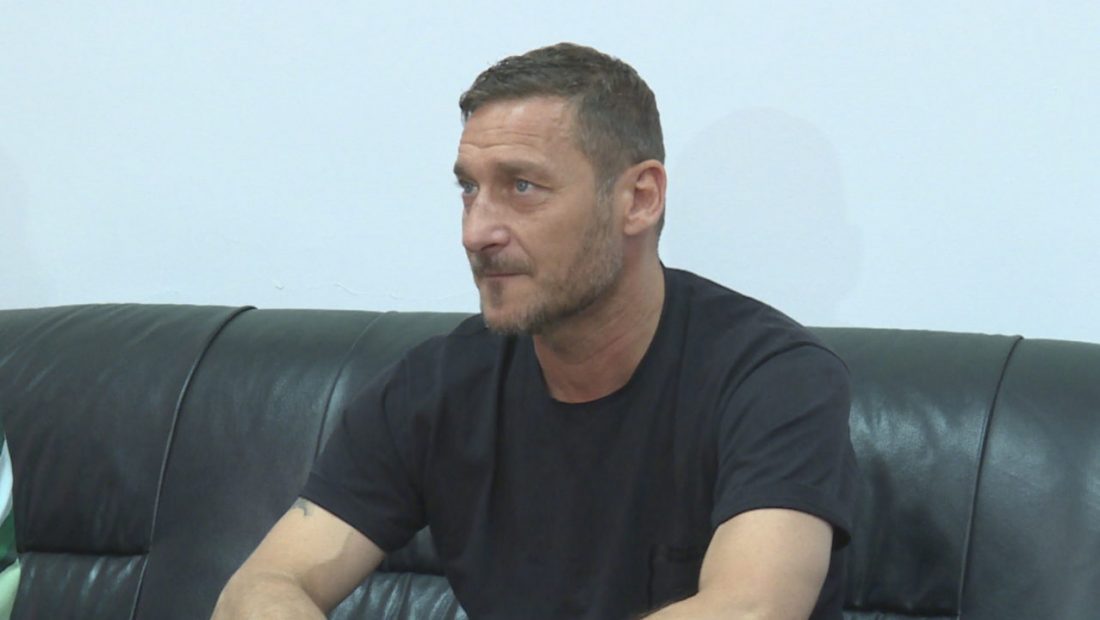 From the emotions of Roma’s Conference League victory to the ratings for Kumbulla and the Mourinho jokes. The legend of Roma, Francesco Totti, thanks Tirana for the hospitality, which he claims gave good fortune to the yellow and reds.

You seemed ecstatic as the stage was being prepared for the prize.

Like many Roma fans, I was ecstatic. After many years of not winning an international trophy, it was a memorable event for us to be a part of. As a result, the feelings were normal.

Perhaps a little envy for the Pelegrino who raised the cup?

Jealousy does not exist in my vocabulary. I am overjoyed for Lorenzo, Rome, and the fans. Everyone wants to raise that cup. I, too, have raised a glass. I felt like I was raising the trophy.

Francesco was linked with Rome’s first international success. The exact title was that Roma wins in Tirana in Totti’s eyes, 14 years after Totti lifted the last international title, as Totti represents Roma’s history.

Let’s say that Totti made the history of Roma, with Roma. I made a life decision to wear the uniform of one single club. That was the most significant victory for me. Then followed the trophies, victories, and everything else.

Where will Totti be celebrating?

I’m not sure, but only if you let me go. There is still time to celebrate, as the celebration in Rome does not last only one day.

How far can this Roma team go?

The team must progress each year. You have the opportunity to select the best players in the world because you have one of the top coaches in the world.

Totti would want to play under Mourinho, or would Mourinho include Totti in his squad?

It’s the same thing. They are two distinct concepts. Two living legends? He is, I am less. But Jose must respond to that question.

Kumbulla is one of your team’s promising young players. How much does Marashi guarantee?

Kumbulla is a talented player who has demonstrated values. This footballer has a lot of potential for this Rome team. We are delighted to be a part of the group. Also, the boy is Albanian and is considered Albanian in this country.

What information do you have regarding Albania and the stadium?

Albania, thank you for your hospitality. Tirana is a lucky city for us. The stadium was wonderful, albeit a little small. It would be ideal if there were 10-15 thousand extra seats. In Rome, it appears to be “Bombonera.”