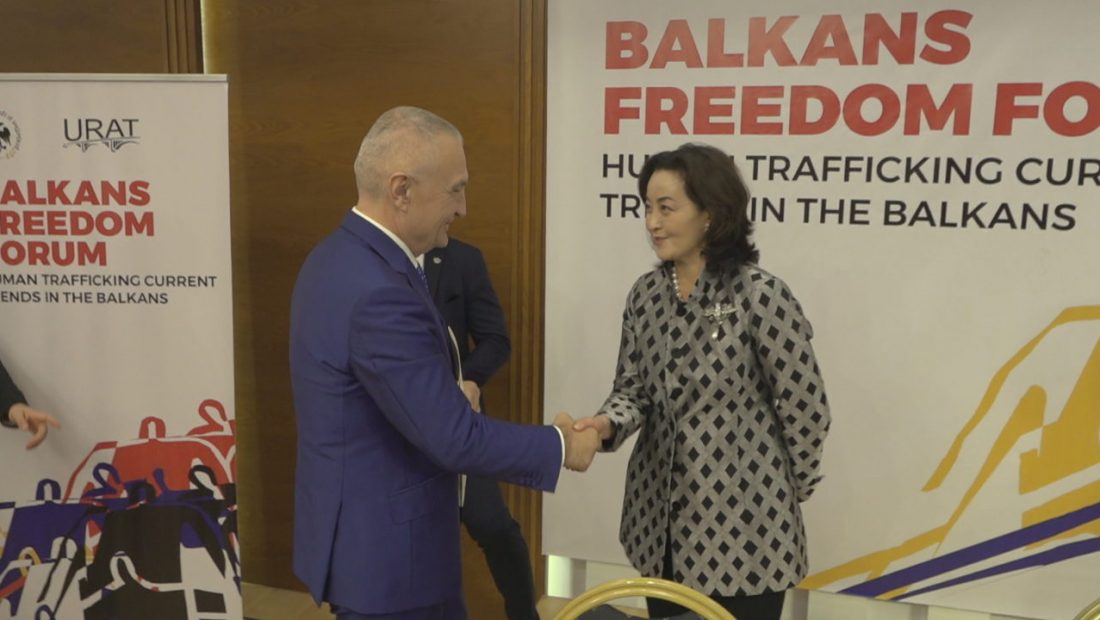 Kosovo President Vjosa Osmani returned the honor to Albanian President, Ilir Meta, by Tirana for the Balkan Freedom Forum assembled to address a sensitive matter like as the fight against human trafficking.

Today, the cause that embodies this struggle, not just Albanian, appears to be more dominant than any other battle. President Meta, quoting Mother Teresa, urged for increased care to victims of human trafficking, which he believes begins with a thriving economy.

“A stable economy, well-paying jobs, and the rule of law.  Victims of human trafficking should be recognized as victims of crime. They should never be treated as criminals or as mere witnesses. How we respond to this phenomenon reflects the standards of the entire society.  As Mother Teresa stated, whoever saves a life saves the world,” Meta declared.

Economic empowerment, particularly of women and girls, is a critical precondition for combating human trafficking, according to President Vjosa Osmani, who used the occasion to emphasize the importance of Kosovo’s membership in international organizations while highlighting that this is not a political requirement.

“The membership of Kosovo in organizations such as Interpol becomes a special concern.  Whoever says no to Kosovo in Interpol and the Council of Europe is saying no to human rights,” Osmani stated.

“A regional approach is required to enhance anti-trafficking mechanisms across the Balkans, identify victims, and punish traffickers accountable.”

“The battle against human trafficking has been a key priority of the US government in all administrations, and I doubt that will change,” said Yuri Kim.

The forum concluded with an interesting ending, although the appearance of Ilir Meta next to American ambassador Yuri Kim, whose relationship has been known to have peaks of tension, attracted media interest.

The president chose not to pay attention to it, highlighting the need of countries collaborating against crime, one dimension of which remains the battle against human trafficking.