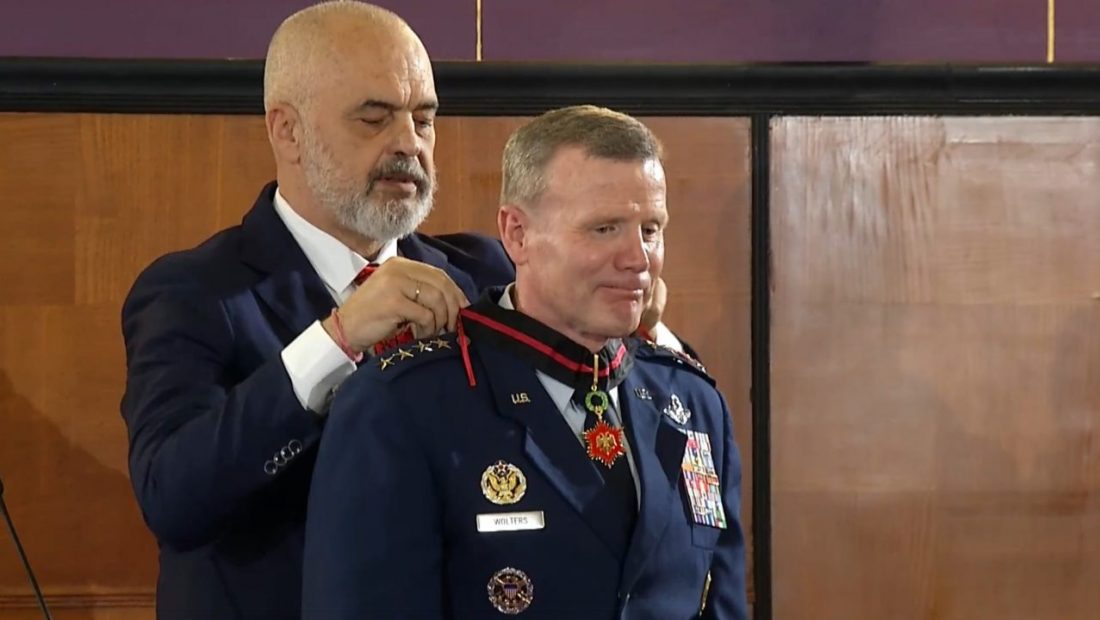 Prime Edi Rama expressed his heartfelt thanks for the vision, contribution, and cooperation with the Albanian Armed Forces, as well as for supporting Albania’s role in sustaining regional peace and security, at a ceremony held by the Prime Minister’s Office.

“General Walters, in particular, has not only been supportive, but has also been inclined to prove in deeds rather than words that he has cordialized this connection – the cordial word is something I very much respect, especially in international ties,” Rama stated.

“The Albanian Armed Forces will never forget that General Walters was the first to promote the transition of Kuçova air base into a NATO tactical base. He also supported the selection of Albania as one of the host countries for the Defender Europe exercise from the start”, the PM added.