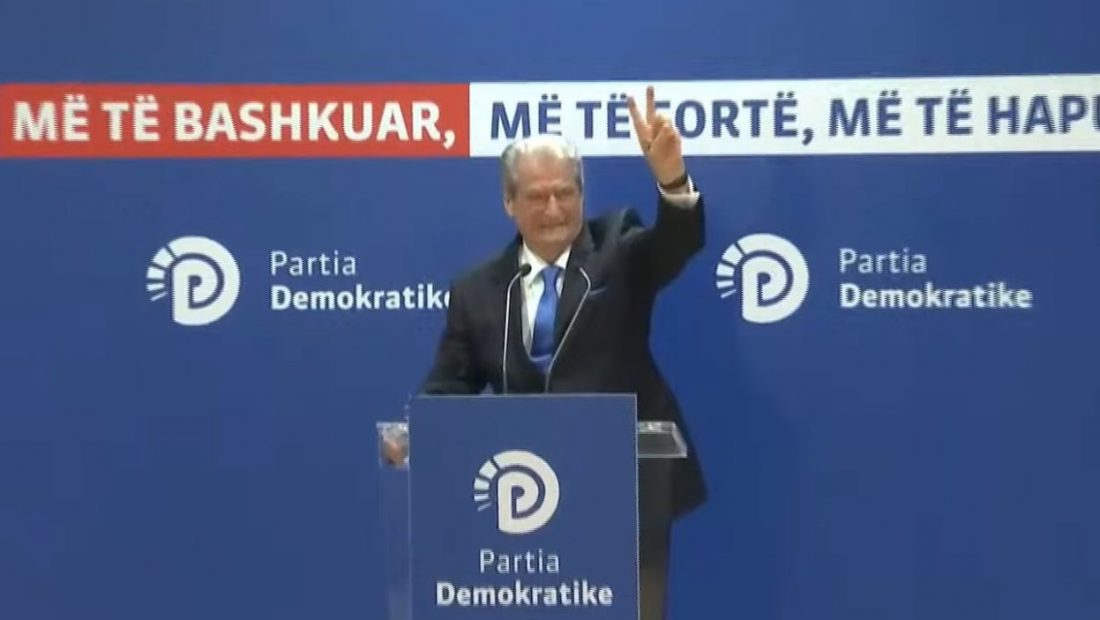 The election of the Democratic Party’s leader came as no surprise. After 9 years, Sali Berisha reclaims leadership of this political force.

In a ballot held in 108 polling places across the country, the former prime minister faced Ibsen Elez. The party leader was chosen based on the concept of one member, one vote.

The Commission for Organization and Control of Electoral Operations validated Sali Berisha’s victory with 40,820 votes at a news conference in the late hours of Sunday, after the counting of the branches was concluded (93.45 percent of the votes).

In a speech from the Democratic Party headquarters following the election of the new leader, former Prime Minister Sali Berisha claimed that today’s election process “would be recorded as the true miracle of the XXI century.”

“It’s done! It was not the election of Sali Berisha that occurred, but the true miracle of Albania in the twenty-first century. I am humbled and grateful to all those who achieved freedom in such a short period of time, in what will be remembered as the great miracle of the twenty-first century. On his historic visit 31 years ago, a great friend of our nation, Jim Baker, told Albanians that they would be free to choose their own leaders. The members of the Democratic Party, the free people of this country, made history in a great process,” Berisha stated in his victory speech.

“Thank you to all the members who left their commitments today and voted to elect the Democratic Party leader.  This tremendous trust of theirs places a great burden on me, but I am confident that we will succeed together.  We’re on a mission to liberate Albania from a regime that never deserved it,” Berisha concluded.