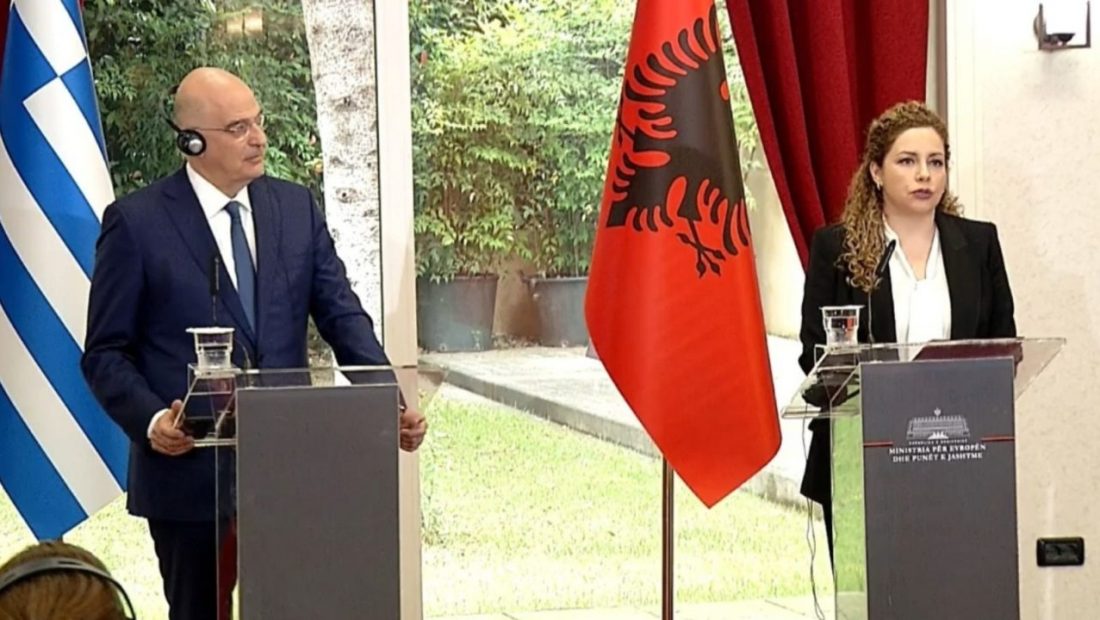 Foreign Minister Olta Xhaçka indicated during a joint press conference with her Greek counterpart Dendias that she hopes Albania and Greece will discuss not only the maritime border issue, but also other difficult matters such as the law of war or the Cham population, which has been evicted from Greece after WWII, a move that has been declared as genocide by the Albanian government in the 1990s.

“The good will to reach a mutually agreed-upon solution on such a difficult issue as maritime borders can also serve as an example of a constructive approach with which our friendly countries can begin discussions on other issues inheritedfrom the Second World War, such as the abrogation of the Law of War and issues of Cham community rights,” said the Minister of Foreign Affairs.

The Greek Foreign Minister responded with a threat: “We must not create difficulties that do not exist because this would have numerous ramifications, including Greece deciding on other topics that may impede Albania’s path into Europe.

“We want to settle our disagreements about the maritime border. Our friendship is quite strong. We must break away from and collaborate regarding the Law of War. To be honest, we need to discuss practical problems concerning the Greek side, and we will do so. We will talk about the Greek minority and the Albanian community in Greece “Dendias added.