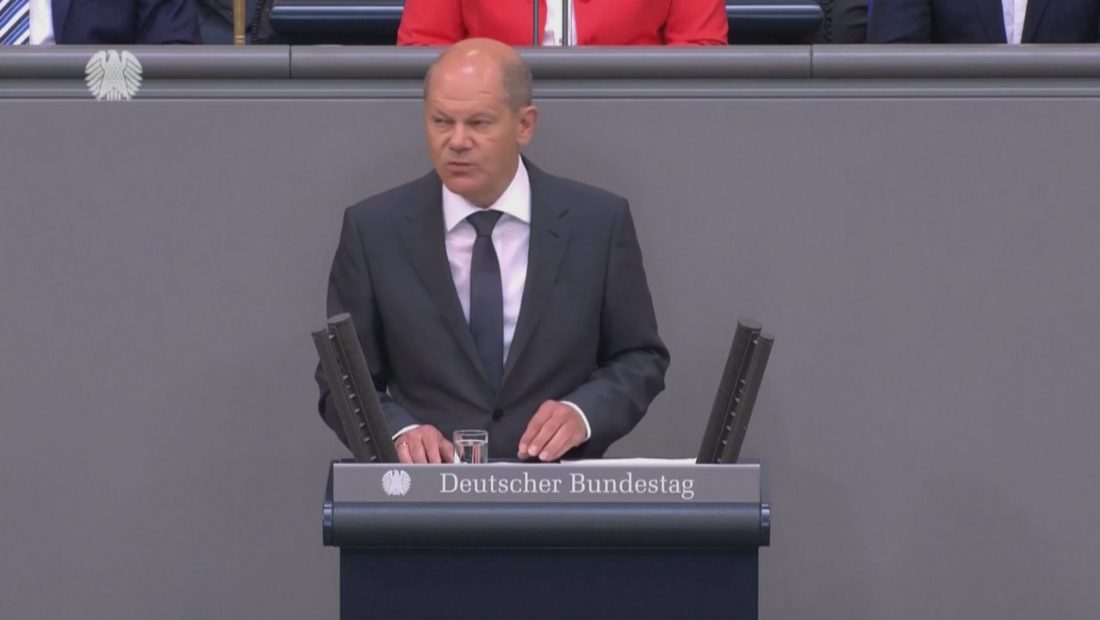 Germany puts an end to Ukraine’s prospects for rapid EU membership. Speaking in the Bundestag, Chancellor Olaf Scholz stated that there is no shortcut to joining the European Union, but only clearly defined stages.

“Making an exception for Ukraine would be unjust to Balkan nations seeking membership as well,” he said. Scholz endorsed French President Emmanuel Macron’s claim that the EU accession process is a slow and arduous process that might take decades.

MEPs endorse the Albania report: It has met the requirements; therefore, talks can begin.

In April, German Chancellor Angela Merkel backed the acceleration of the Western Balkans enlargement process, specifically advocating for the initiation of membership negotiations with Albania and Northern Macedonia. In parliament, he emphasized the significance of bringing the region closer to the Union in order to avoid exposure to outside powers such as Russia.

“The six Western Balkans nations with EU aspirations – Montenegro, Serbia, Albania, Northern Macedonia, Bosnia & Herzegovina, and Kosovo – have engaged in a multi-year reform process and are preparing for membership.” Honoring our promises to them is more than just an issue of credibility. “Their integration is now more than ever in our strategic interests,” Scholz added.