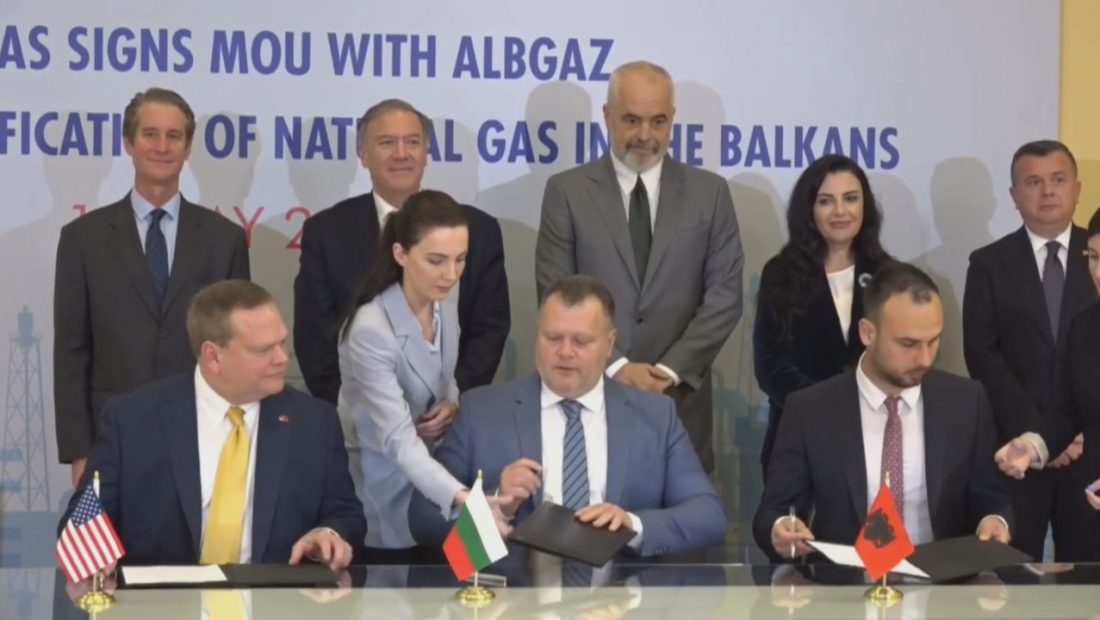 Economic development in Albania may benefit from geopolitical events in Eastern Europe. This Monday in Tirana, Prime Minister Edi Rama and former US Secretary of State Mike Pompeo signed a memorandum of agreement between the public gas business Albgaz and the Bulgarian enterprise Overgas.

According to Minister Belinda Balluku, the objective of the memorandum is to ensure the gas supply to the entirety of the nation through the terminal that will be established in Vlora: “All geopolitical developments have put Albania in a stronger position, due to its geography, but “also from NATO membership and all of the strategic ties we have had for years with the United States.”

“The fact that Secretary Pompeo is here today demonstrates that there will be a real cooperation,” Balluku said. In the future, it may evolve into a true partnership that will benefit not only the nations I mentioned, but also others, like in the case of the Bulgarian Overgaz, which is currently suffering challenges due to geopolitics and events that are taking place, but which may be alleviated and handled in the future through these regional projects in which Albania plays an important role.

The initiative, according to Balluku, is part of the government’s “Albania 2030” program, which intends to transform the country into an energy exporter.