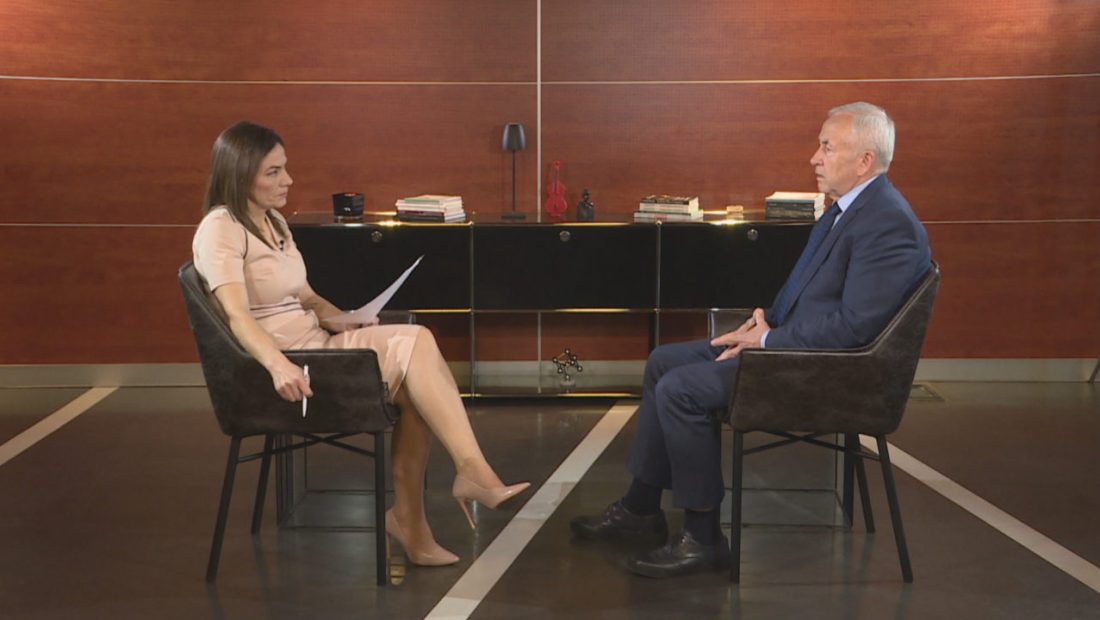 The Ambassador of Ukraine in Tirana, Volodymyr Shukrov, was asked about Vladimir Putin’s comparison of the Donbas region to Kosovo on A2 CNN’s “Interview with Merita Haklaj.”

Shukrov emphasized that this is an incorrect comparison made by the Kremlin’s leader in order to mislead public opinion and destabilize the Western Balkans.

Merita Haklaj: The war in Ukraine forced Europe and the rest of the globe to reconsider security, and the risk of a larger conflict is no longer so remote. Countries outside NATO are feeling more vulnerable, particularly those on the border with Ukraine and Russia, as well as those in the Western Balkans, where the wounds of the 1990s war have not completely healed. How vulnerable do you see the region, and what should the Western Balkan governments do to defend themselves right now?

Volodymyr Shukrov, Ukraine’s Ambassador to Albania: I’d want to use the example of a recent conference of Western Balkan leaders in Brussels in May, where the contradictions between Serbia and Kosovo were clear. The relevant statements that were made by the parties all reflected these objections as well. On the other hand, not too long ago, we also had the position of the Hungarian Prime Minister, Orban, who said that liquefied natural gas should be provided by neighboring countries that have seas and lakes. He was making a reference to the agreement, which states that Hungary has lost its area on the one hand, while simultaneously indicating that Croatia and Slovenia have gained this territory on the other hand. I want to emphasize that the Western Balkans region is on the verge of exploding at any time, and I am hopeful that NATO, US, and EU forces, as well as the good reasoning of the Western Balkan leadership, will provide a guarantee of stability in this region.

Merita Haklaj: President Putin frequently brings up the Kosovo instance to justify the operation in Ukraine, particularly the right of the eastern Donbas area to independence. He accomplished it first with Crimea in 2014, and now with Donbas. How can Putin’s remarks be interpreted, and why the comparison with Kosovo, whose sovereignty is recognized by over 100 countries and the International Court of Justice has ruled that the proclamation of independence does not violate international law?

Volodymyr Shukrov, Ukraine’s Ambassador to Albania: I believe there is no clear link between the situation in Kosovo and that in Donbas. There is space for manipulation and the Russian side’s intention to destabilize the Western Balkans, a security-sensitive region. I believe that the current situation in Kosovo is amenable to diplomatic resolution, as the efforts of the EU and America to help Kosovo have had a significant impact. I hope and believe that we are just discussing Russian Federation propaganda here.

Merita Haklaj: Ukraine, on the other hand, is one of the countries that does not recognize Kosovo. Do you believe that, despite these circumstances and the Albanian people’s solidarity, Albanians everywhere are with Ukraine, given that the International Court of Justice has confirmed genocide and crimes against humanity in Kosovo? What are the chances that Ukraine may one day recognize Kosovo as a state?

Volodymyr Shukrov, Ukraine’s Ambassador to Albania: This is a difficult question, and I’d want to respond. We are aware of and grateful for Kosovo’s assistance and support to the people of Ukraine. We are aware of and grateful for the humanitarian assistance. We also know about the efforts to abolish the visa restrictions for Ukrainian people, as well as the willingness to allow Ukrainians fleeing the conflict to find shelter in Kosovo. In regards to the recognition of Kosovo, I would want to say the following: let us, the Ukrainian people, get out of the line of fire first so that we may discuss other political concerns. You are aware that the conflict is ongoing and that soldiers, civilians, children, mothers, and the elderly are being killed on a daily basis. As a result, Ukraine is now solely focused on emerging triumphant from the crucible of war. Questions about politics will be answered later.