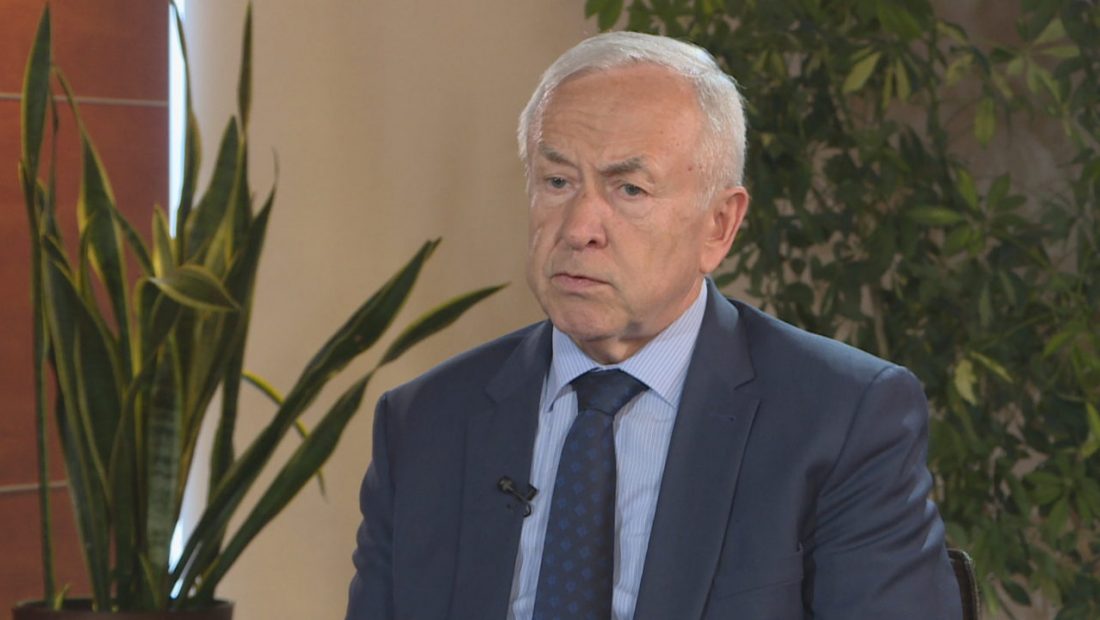 He stated that the Ukrainian army is redefining the concept of war one step at a time and is committed to win.

Merita Haklaj: What began as a special operation two months ago, which Putin wanted to complete quickly, is now a full-fledged war focused on eastern Ukraine. Despite boasting the military as one of its primary assets, Moscow has failed to conquer the capital and is making little advance on the eastern front. Today, there is even talk of a new phase in which the Kiev army is on the counteroffensive. How did you arrive at this point? Who has the merit of this  reversal of the course?

Volodymyr Shukrov, Ukraine’s Ambassador to Albania: As you know, the Russian leadership planned for the war against Ukraine to last three days when it launched. They were unable to achieve this, so Russia began a full-scale war against Ukraine. The Russian leadership did not succeed because of the Ukrainian people’s and army’s bravery and determination to fight. Even today, army headquarters have enormous memberships, and citizens are encouraged to lend their support and win.

Merita Haklaj: We watched dramatic scenes of destruction and the loss of innocent lives during the 80 days of this unprovoked conflict. However, what we are witnessing there is also the bravery, heroism, and inspiration of an entire people as they struggle for their independence. On the other hand, experts say the Russian army is becoming demoralized and confused, with long lines of defeats and a lack of desired triumphs. Nonetheless, Russia does not appear to want to stop, and the war is expected to persist. In what ways do you think the conflict will continue, and in what ways do you think the Ukraine will be able to maintain the resistance alive and end the war?

Volodymyr Shukrov, Ukrainian Ambassador to Albania: Ukraine is currently receiving significant armament aid. The US decision on Lend-Lease on May 9, as well as the US Senate’s approval of the $ 40 billion aid package yesterday, will provide Ukraine with funding mostly for arms. I believe the current issue is that the Ukrainian army is gradually changing the concept of war and is motivated to win and renew Ukraine’s entire territory. The diplomatic contact of the negotiations, of course, continues. Today’s contact is primarily focused on the Azov plant and the issue of releasing those who remain inside.

Merita Haklaj says: Do you believe a diplomatic solution to the situation is possible? How far could Kiev go with concessions in order to secure a peace deal, and does Russia truly desire something like that?

Volodymyr Shukrov, Ukraine’s Ambassador to Albania: As diplomats, we have always believed and continue to believe in a diplomatic solution to every crisis. However, today’s reality sets the parameters. Diplomatic negotiations and decisions are severely tarnished f ollowing the Russian army’s atrocities against the civilian population. At the same time as diplomatic contacts are ongoing, expert groups from both sides are conducting online negotiations. However, they are currently focusing on evacuating Azov’s wounded soldiers from Azovstal. The situation there in terms of medication, food, and humanitarian aid is beyond the limits of what is even remotely imaginable.

As you are probably aware, the Republic of Turkey has offered to Russia that the Ukrainian defenders be transported by boat from the Azovstal Plant. The Russian Federation has rejected Turkey’s proposal, stating that either the Ukrainian defenders surrender their guns or face execution. As a result, the negotiating process remains challenging, but hope persists.