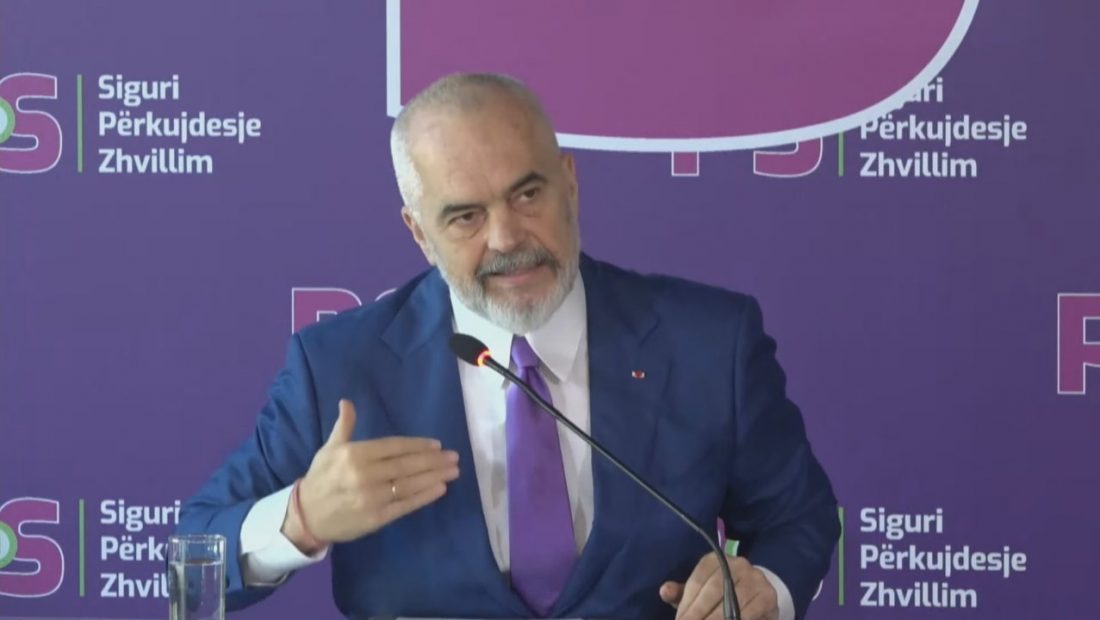 Rama: The judiciary is independent, it is not considered pressure to request the investigation of January 21

Prime Minister Edi Rama urged the Special Anticorruption Prosecution (SPAK) to look into the events of January 21, 2011, and Gerdec, to see if they were, as he claimed, state crimes.

He underlined once more that the new judiciary is autonomous and that neither he nor the Socialist Party are putting pressure on it. “If it had not been independent, former ministers, mayors, and directors linked with the ruling party would not be in prison today,” Rama remarked.

“This independent judiciary must be free of all lingering fears from the past.  The case of January 21st should finally be investigated. It must be thoroughly investigated, whether or not it constitutes a state offense. Look into the Gerdec tragedy. Several people have been killed, and hundreds have been injured. Investigations into big financial and corruption issues are required. What kind of pressure is this? What’s the rush? We are at the end of the third year of SPAK, and we have not made any comment yet. You know the mud thrown at me regarding the January 21st case investigation, and I understand them.  The new justice system has been ridiculed by the very people who supported it in the beginning.

In a news conference held at the headquarters of the Socialist Party, Prime Minister Edi Rama responded to US Ambassador Yuri Kim, who had stated that “we will know that justice reform has been successful when we do not consider that it is more suitable for political figures in office or out of power to call for the criminal prosecution of this or that, to declare that justice is delivered only when the other is imprisoned and that justice is not done when mine is imprisoned.

Prime Minister Edi Rama stated that there is no pressure to investigate a man who has been labeled “non grata.” Especially since this call comes a year after this declaration “non-grata”, as the US Secretary of State has emphasized that our country’s institutions must perform their duty.

“As the man who has been most attacked for this reform, not only by his opponents, but even by his supporters, I feel no one has the right to deny me the ability to express my views on the issues of the new justice.  I remind you that we have backed all of SPAK’s activities and decisions. Without any equivocation and without comment. I want to bring to your attention the fact that from the very beginning, we have made it very clear that no one is untouchable for us. This party’s door is closed to anyone in our ranks who has an open account with the law. I’d also like to point out that the presence of former ministers, MPs, and mayors in prison today is simply the product of a hard fact:  neither I nor any of us are engaged to utilizing justice politically, nor to attacking political opponents politically, as has happened throughout history,” Rama remarked.

“A prosecutor investigating high-ranking persons in the court of the ruling party is something that has not happened in the last 500 years and was not likely to happen in the psat five years. As a result, we are the assurance that justice will be able to freely enter the yard of the Socialist Party’s leadership. This is a matter of choice, not of imposition from America or Europe. This is a decision we made out of commitment to our children. We attempted the seemingly impossible when no one believed we could pass the reform. It should be clear to everyone, Albanians and internationals alike, that this party is the sole body that has not done, does not do, and will not put pressure on justice,” the Prime Minister stated.

According to Sali Berisha of the Democratic Party headquarters, “successive scandals of the government have caused Edi Rama to lose his reason.”

“Rama assaults justice in order to draw the attention of citizens who are suffering as a result of this government and this prime minister, who solely builds stealing mechanisms. The food price index has risen over 100 percent since 2014. The majority of Albanian families spend more than half of their income on food alone. We are dealing with a terrifying poverty that is expanding month by month, at a time when the prime minister and his selfish ministers continue to steal and misappropriate public cash and assets,” the former prime minister added.

“The avalanche of scandals has caused Edi Rama to lose his senses and enter the state of severe psychological issues. Fear has also entered his heart as a result of the real conflict. Rama is terrified because the country no longer has a feigned opposition. We do not put pressure on SPAK, but we address Albanians to safeguard the country’s public property. Rama can come out every day to attack SPAK, but he is hopeless,” Berisha stated.