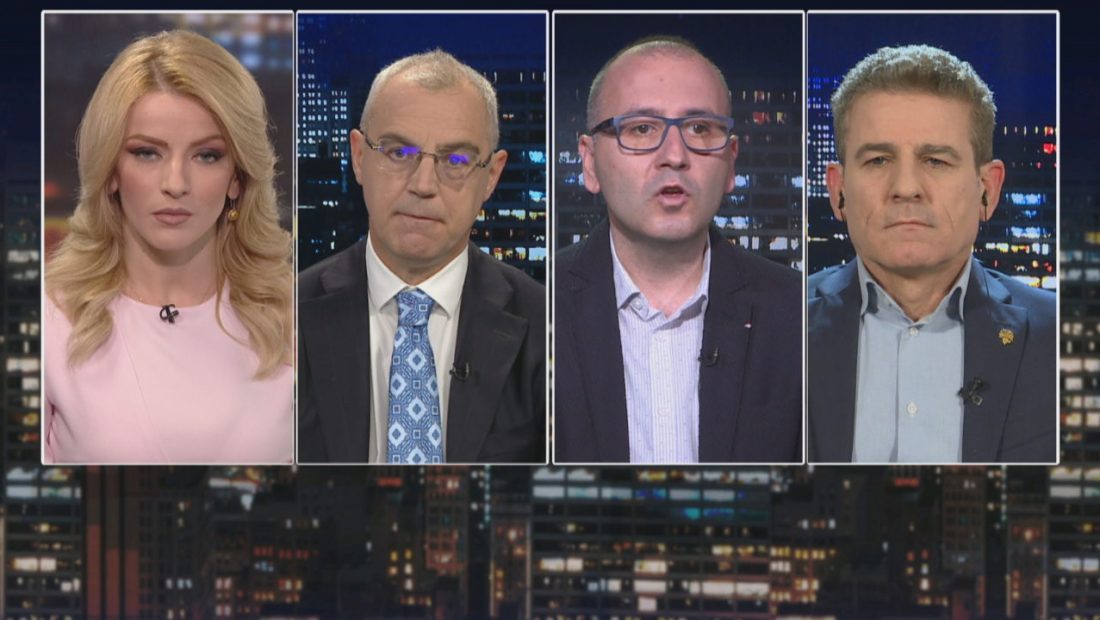 Arben Pellumbi, the Socialist Party’s organizational secretary, was invited to the A2 CNN show “Debate” with Alba Alishani, where he was asked about Prime Minister Edi Rama’s harsh messages to the Special Anti-Corruption Prosecution to speed up their work and reopen some of the most important cases in the last 30 years, such as January 21st and Gerdeci.

Prime Minister Rama’s tone, according to Pellumbi, is not an insult nor an attack on the Special Prosecution, but rather an encouragement to act more rapidly on some of the issues about which the Albanian population has great expectations and expects justice.

He explained that the current reaction is due to the fact that some criminal actions can be statute-barred, preventing justice from acting against different personalities.

“Every time we did that, they would tell us why now,” Pllumbi added. “The most important thing is to get to a point where we can prescribe specific acts and the legal system will no longer be able to deal with individuals who Albanian citizens expect to face justice.”

“It appears that he is unhappy with SPAK, but it is unclear why he is unhappy. Rama was satisfied until the SPAK began an investigation, which was prompted by opposition reports. Rama’s actions are similar of a character who consumes alcohol and wakes up after ten years, loses the American Revolution, and yet remembers being the king’s heir in an American story by writer Washington Irwing. Rama thinks that he is still in opposition, and he believes that the DP has not had a decade of corruption and organized crime scandals.”

According to the prime minister, there is an imbalance between the cases. “The former Socialist Party Minister of the Interior is in prison, accused of helping drugs trafficking by making Albania a notorious country in this regard, for which Rama claimed there was no evidence at the time of his detention. We have received no appeals from former SP mayors, ministers, or those who are considered “non-grata” members of the opposition. So Mr. Kraja is under pressure, and they are the ones who must explain what is going on.”

The “non-grata” are in every camp, for Likmeta. There was plenty of information available. In Albania, there were no accused judges. Following the vetting, we discovered that the secret services had information on hundreds of prosecutors and judges connected to organized crime who were promoted from both Berisha and Rama.”

Arben Pellumbi, an Socialist Party MP, disagreed with Likmeta’s analysis. He accused the journalist of making allegations that were more appropriate for an opposition activist than for a journalist. “We have stated our viewpoint clearly. We do not protect anyone. We give everyone the opportunity to be promoted. However, we do not defend anyone if the law is broken. This was previously unknown in Albanian politics,” he responded on the show “Debate.”

The latest attacks on SPAK and other new justice institutions, according to journalist Aleksander Cipa, mark a turning point in relations between the two policy-making factions.

According to Cipa, Prime Minister Rama is adjusting his attitude as a result of Sali Berisha and Ilir Meta’s return to the political arena.

“I believe the two policy-making groups are in the midst of a campaign relationship.  The president is being chosen by the majority. The opposition is also split. I believe the ruling majority is entering a new phase. I believe there is a need to reestablish, even as an image, a process carried out by the new justice system, in terms of the public’s impression of crimes committed with impunity in Albania and relations with internationals.

We are at a crossroads, with the status quo established at the highest levels of policymaking, the return of the opposition’s leader, specifically Berisha, as an anathematized figure following the declaration “non grata,” and President Meta’s term coming to an end. Which are potentially two quite significant coping capacities. It is a new era of Rama’s re-tension, with a fresh approach to policy-making and governance in comparison to the previous nine years of rule,” Cipa remarked.