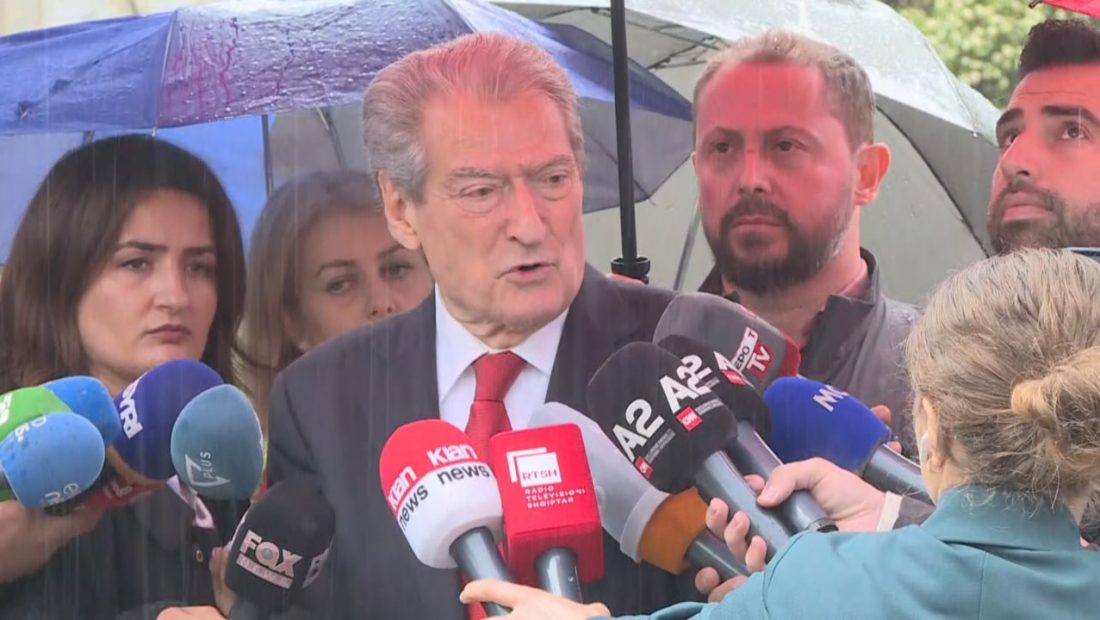 Former Prime Minister Sali Berisha has called on the government to order the Russian ambassador to leave Tirana and withdraw Albania’s envoy from Moscow.

“I demand the removal of the Russian ambassador from Tirana and the withdrawal of the Albanian ambassador from Moscow. Reducing to the bare minimum all diplomatic and political relations with Russia as evidence of our reaction to this aggressor,” Berisha said as he exited the Parliament following the speech of Ukraine’s President, Volodymyr Zelensky.

Berisha criticized Prime Minister Rama for inviting Russian tourists. “We have been calling for concrete support in parliament since the beginning of the aggression. Without a doubt, Albania is on NATO’s side, and it has aided the UN, but what bothers me the most – and, to some extent, what bothers us – is Edi Rama’s betrayal during these months of brutal aggression.

On one hand, his conviction is voted on in the Security Council, but on the other, the Russian-Serbian ideology of the Open Balkans is advocated, which is ultimately anti-European and paves the way for Serbian hegemony and Russian influence in the region.

Second, Edi Rama’s invitation to Russian tourists in Albania was a ridiculous decision. Imagine murderers, rapists, and “cain” flocking to our beaches to recover after committing atrocities. This was a major affront to Albanians. This was also President Zelensky’s desire. I urgently request that all visas issued to Russian citizens seeking to enter Albania be revoked “Berisha added.

Berisha referred to Russian President Vladimir Putin as “a Cain who has converted his nation into a Cain that executes their brothers and children and destroys their houses. The Ukrainian people’s fortitude is a source of enormous encouragement for everyone who cherish freedom.”