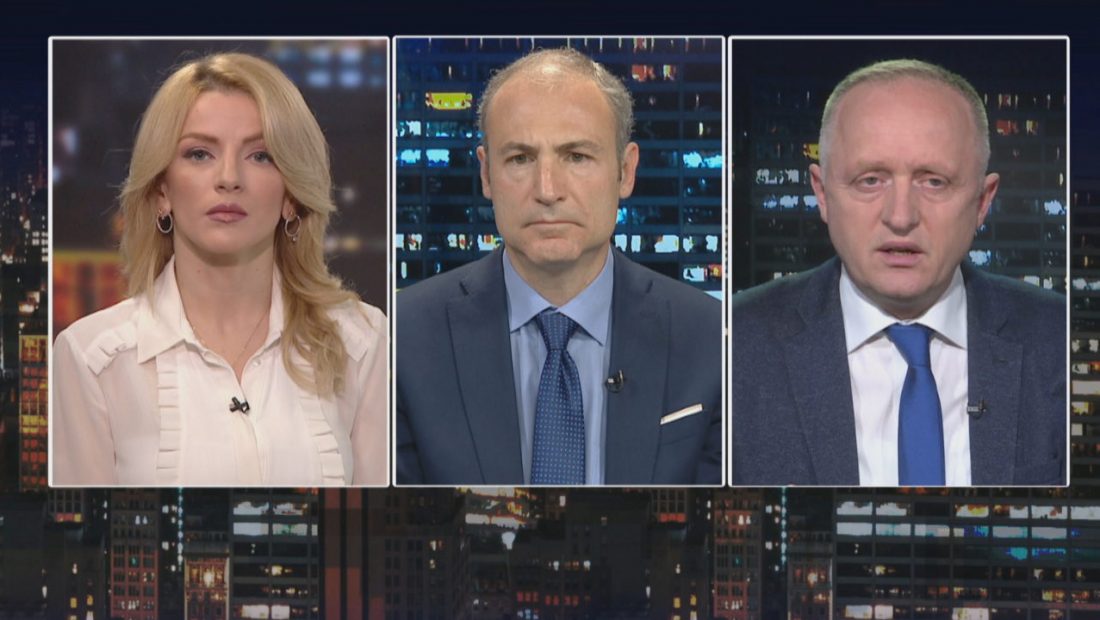 Enkelejd Alibeaj’s expulsion as head of the PD parliamentary group from the April 30 assembly appears to have been motivated by the prospect of bringing the party’s statute to court. Aldo Bumçi, a member of the National Democratic Council, stated in the studio of the Debate with Alba Alishani that the decision for Alibeaj was an individual one, with ramifications for the political force.

“Alibeaj does not have the legal authority to bring a matter to trial. Who was he supposed to represent? Democrats are on our side. According to Basha’s legislation, he did not convene the parliamentary group and he does not have authority to command it. When Alibeaj called a meeting, the National Council did not convene. He did not make a decision that was in his best interests, but rather an individual decision that has implications for the political power. The phrase used to continue to exclude all members of the Parliament. The act of granting an exception is not a legal and unifying act.”

For Bumçi, Berisha showed humility toward Alibeaj, despite the fact that he represented the bulk of the party’s membership.

“Clearly, on December 11, most of them were focusing on ‘we are the majority, but being a minority does not give you the right to impose your will’. Berisha instructed him to recognize us as group chairman; but, as a result of his choice to fight the court ruling, he was not appointed as group chairman and was instead dismissed. Berisha went to Alibeaj’s office and performed an act of humility, despite being crowned winners.

According to the analyst Lutfi Dervishi, the war within the DP is more powerful than the battle against the political opponent, and the recognition of the majority and the respect of the minority are the two most pressing issues facing the DP now, according to him.

“The DP has two problems: acknowledgment of the majority and respect for the minority. These two issues are still fresh wounds, and instead of bandaging them, they are dumping salt on the wounds. In their return to the assembly and to politics, the departed individuals reminded everyone that everything is possible and that time is a healer. It will take months and years to see how Alibeja and others will interact with the Re-establishment Commission and Berisha. Whenever there is a conflict of interest, both parties allude to the regulatory statute, but in reality, membership is with the Re-establishment commission and the structure, while the parliamentary group has leaned more towards Basha. “It was to be expected that the war within the genre would prove to be more intense than the battle against the political adversary.”

The Democratic Party was more divided than it was united by the April 30 assembly. This was the point of view expressed by Lutfi Dervishi in the studio of the Debate with Alba Alishani. He believes that the blows suffered by this party as a result of the defeat in the elections of April 25 and the non grata declaration of Sali Berisha will not be cured with a magic wand, but will be a long and drawn-out process.

Dervishi compares the current situation in the DP to the crisis that the Socialist Party went through in 2001, but on a far larger and more serious scale. He proposes that everyone in the DP come together and agree on internal testing, similar to what happened with the SP years ago.

However, it will take time for the remaining Democrats to join forces with the Re-establishment Commission in order for the Democratic Party to be fully unified again. According to Aldo Bumçi, a Democratic Party member who serves on the National Council, the absence of the majority of Democratic Party members from the April 30 assembly was “a travesty of justice.” While appearing at the Debate with Alba Alishani studio, he voiced his optimism that the unification of the DP will take place.

For Bumçi, the MPs represent the Democrats, and they should respect the majority because their careers are not determined by either Berisha or the council, but by the rules of the game, which must be agreed upon by all parties involved.

Although there are no winners from the April 30 Assembly, Bumçi believes that the opposition is putting together a strategy to identify the correct road forward.