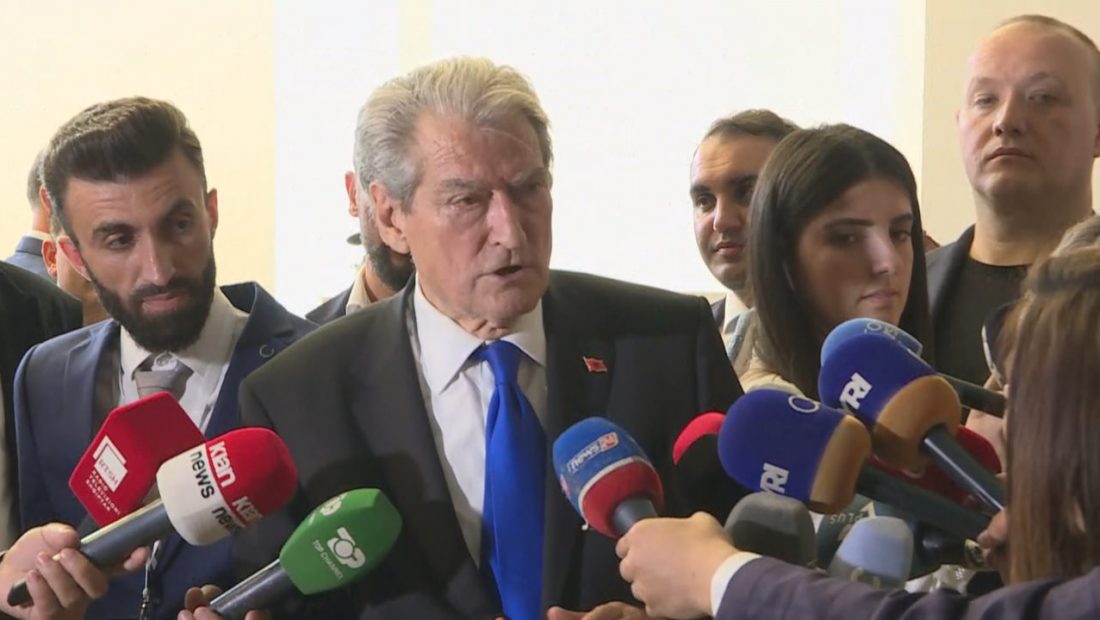 Berisha emphasized that everyone is welcome in the DP and that the Re-establishment is Albania’s rescue.

Furthermore, the former Prime Minister said that among the candidates for new members of the National Council are founders of the DP, as well as new members elected under the one-member-one-vote concept.

Berisha pledged that if the DP is elected, this philosophy will be spread across Albanian society.

Former Parliament Speaker Jozefina Topali did not anticipate the Assembly delegates’ ovation to make her cry when she announced her comeback to the DP.

She responded to those who accused her of arrogance with a trembling voice, emphasizing that the fall of the DP began the day the values on which this party was established began to crumble.

The Assembly, according to former founder Arben Imami, demonstrated the need of democratic membership. Rudina Hajdari and Myslim Murrizi were among those who returned after being banished for refusing to renounce their parliamentary seats in 2019.

Fatbardh Kadilli, a critical voice, acknowledged Berisha’s merits for not allowing the party to split, but warned of the dangers of an antiquated DP.

While Oerd Bylykbashi recognizes another danger, it is not related to his age, but to his raised voice and reaction.

The two lawmakers Ina Zhupa and Kasem Mahmutaj, who had earlier opposed the Re-establishment Commission, were also drawn into the project.

Sali Berisha is certain that the returns are successful, but he was reminded just a few meters away from the pulpit that the road is not without bumps, as he took a misstep and fell.

One sentence was enough for the Democrats’ historical leader to rally the delegates of the PD National Assembly.

Berisha brought up the allegations against former Party leader, Basha, who he had not mentioned for a long time. He once more called for the uniting of all individuals he referred to as DP idiots.

Despite the fact that over 30 members of the parliamentary group did not engage in the Assembly’s work, Berisha believes he has put a lid on the Democratic Party’s disagreements, paving the ground for a confrontation with Rama’s narco-government.

He also addressed the fact that the US declared him non-grata by asking once again for evidence.

Berisha promised, among other things, that if he were elected, he would eradicate the results of justice reform, which he regarded as corrupt, while also promising more attention to the owners as a return to conservatism’s beliefs.