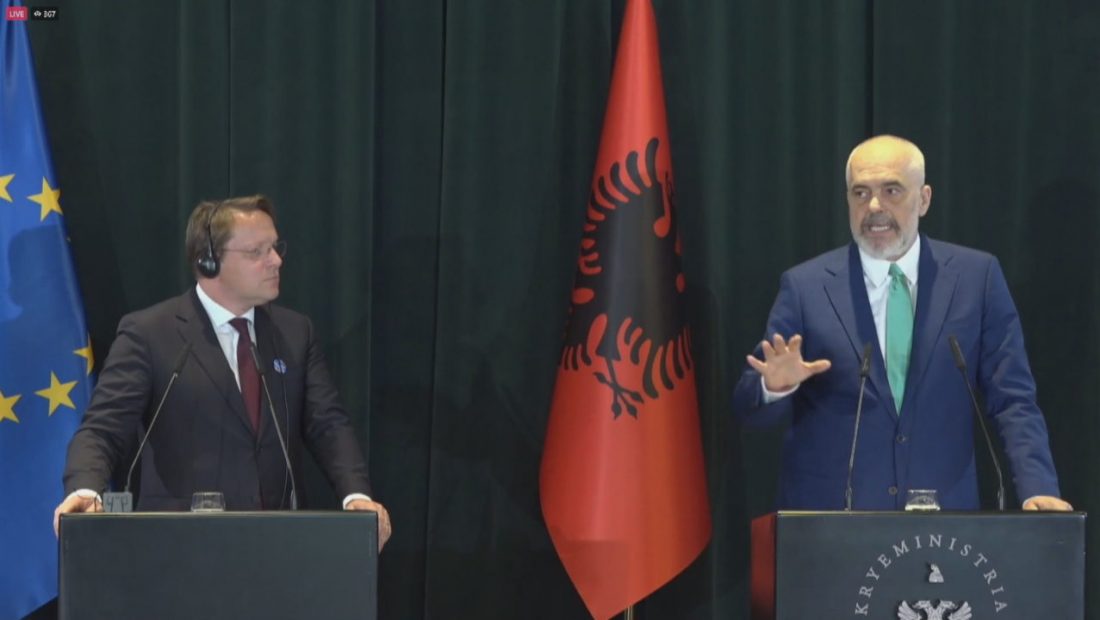 The main topic of discussion was Bulgaria’s EU integration status, where the deadlock over Skopje is already considered as an insurmountable barrier.

In this regard, Prime Minister Edi Rama noted that Tirana’s position is unchanged, despite public opinion suggesting that if nothing changes after six months under the French president, Albania should request Albania and North Macedonia to be treated differently.

However, he stated that this will be triggered “after the meeting of the European Council, for now we are for the commencement of negotiations for both nations.”

“We talked projects, and Varhelyi confirmed to me that after travelling from Skopje, he is convinced that the 8th corridor is necessary, and that such a decision may be made at the next inter-ministerial, for a wonderful deed that every new EU country has done with the support of Brussels,” Rama continued.

Commissioner Varhelyi, for his part, remarked that “when we started compiling the investment plan, we considered that 290 kilometers between Tirana and Skopje could not be done in 5 hours, therefore we have to cut this section, thus we want to include Corridor 8 in the projects, because without it there is no connectivity in the Western Balkans.”

The Commissioner for Enlargement also addressed the Ukrainian issue, praising Albania’s key participation, which he claims “has greatly facilitated the work of the Security Council; it is truly a partner of ours.”

“I admire Albania’s patience; but, I beg for a bit more; our goal with the French presidency is to defend this process. We must not take our eyes off this pledge, I will go to Skopje and Sofia every day if necessary, we must conclude the process “today,” stressed Varhelyi, adding that no one is playing games with Albania since else Europe would be playing games with itself. “We don’t make the decision; it’s up to the member nations.”