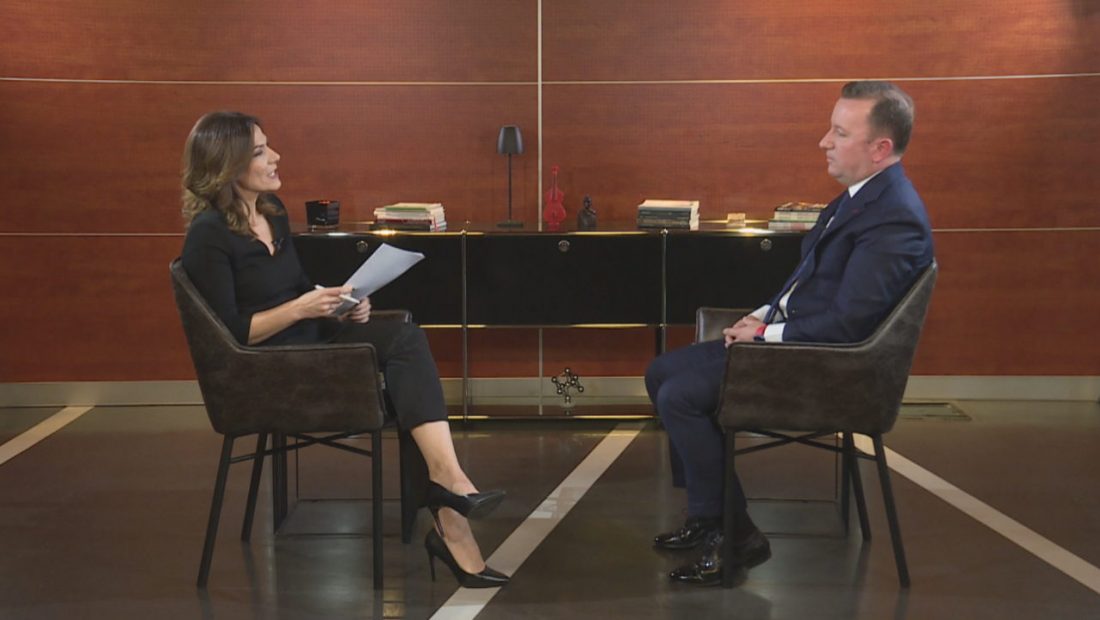 Former Minister of Justice Eduard Halimi was invited to speak on A2 CNN’s “Interview” show regarding the situation inside the Democratic Party, to which he still claims membership despite the fact that he has been dismissed from all official functions.

“I’m not going to say much about this.  I’ve never left, but the atmosphere is toxic. I don’t want to add to the conflagration. Many of the deputies I contact with. Mr. Basha, for example, but also Berisha. DP is my political family “, Halimi admits.

The Democratic Party, in his opinion, is going through a dramatic period. “The DP is a member of a wide European family that includes the European People’s Party.  The sister parties have undergone even more dramatic transformations and have resurrected. This is something I also told Mr. Basha.”However, the means for rebuilding must be identified.”

According to him, “the union happens by seeing with the reality in the eye. I would advise all members to face reality head on. They need to engage in face-to-face conversations with ordinary Democratic members. Let us not dwell in fictitious worlds.”

“Former Italian Prime Minister Giulio Andreotti, who I dislike because he is controversial, said, “People go to church on Sunday to talk to God, and I talk to the priest, since the priest votes, but God does not.”

By avoiding discussing legal issues within the Party, Halimi indicates that he has no plans to return to politics, even revealing a last-year offer that he described as “almost unacceptable.”

“About a year and a half ago, Basha made me a strong offer. It was just prior to the election. It was the most reasonable request a colleague could make. Almost unrefusable. He offered me the position as parliamentary group leader and political function leader. But, over a long dinner, I informed him it was hard for me to be politically engaged. Due to several contracts I signed, which prevent my political exposure, I will not even be a member of the parliamentary group in 2021.”

Halimi: Process for electing the new President, a farce. Rama will appoint his own

Former MP Edura Halimi, like the opposition, sees the process of electing the president as a farce that will harm the next president’s image. He declared on A2 CNN’s “Interview” with Merita Haklaj that the opposition should tell Albanians the truth. And the truth, he claims, is that Rama would elect the president personally in order to improve popular trust.

“Outside of the parliamentary group, Rama controls 90% of the cabinet. Others run for office, others lobby for votes, while others hold government positions. The procedure is a charade that degrades and trivializes the next president’s image. This procedure should be solemn in nature. Even in Italy, the president is only a ceremonial figure. However, it is carried out in a dignified manner. Everyone recognizes the absurdity of the situation. Politics is the art of negotiating. The opposition must inform Albanian citizens of the reality: Rama will choose his own president. Faith builds by telling them the truth,” Halimi declared.

Declaring politicians non-grata has no effect in Albania

In a “Interview” with Merita Haklaj on A2 CNN, Eduard Halimi stated that the US State Department declaring Albanian politicians “non grata” does not have the desired effect because, according to him, it is just a form of public lynching, which we see on a daily basis in our country among political opponents.

“Until 2017, the United States did not make the designs of non-grata people public.  After that, they staged a public lynching of individuals or entities. They exert pressure on governments in this way. My legal education is founded on the presumption of innocence. Without a definitive court ruling, no one can be found guilty. This does not have the desired effect, especially from the US State Department. Because it is not founded on European legal principles. In Albania, lynchings without evidence are commonplace. We hear them accusing each other of being deadly thieves every day. I believe it has no effect,” Halimi explains.

“Politically, they are presumably under the impression that this tool has an impact. But, if they followed the legal form, I believe they would be effective. To draw a comparison, we have the decriminalization statute, which was modeled after the Italian model in order to remove corrupt politicians. No one exits politics without making final judgments,” Halimi added.